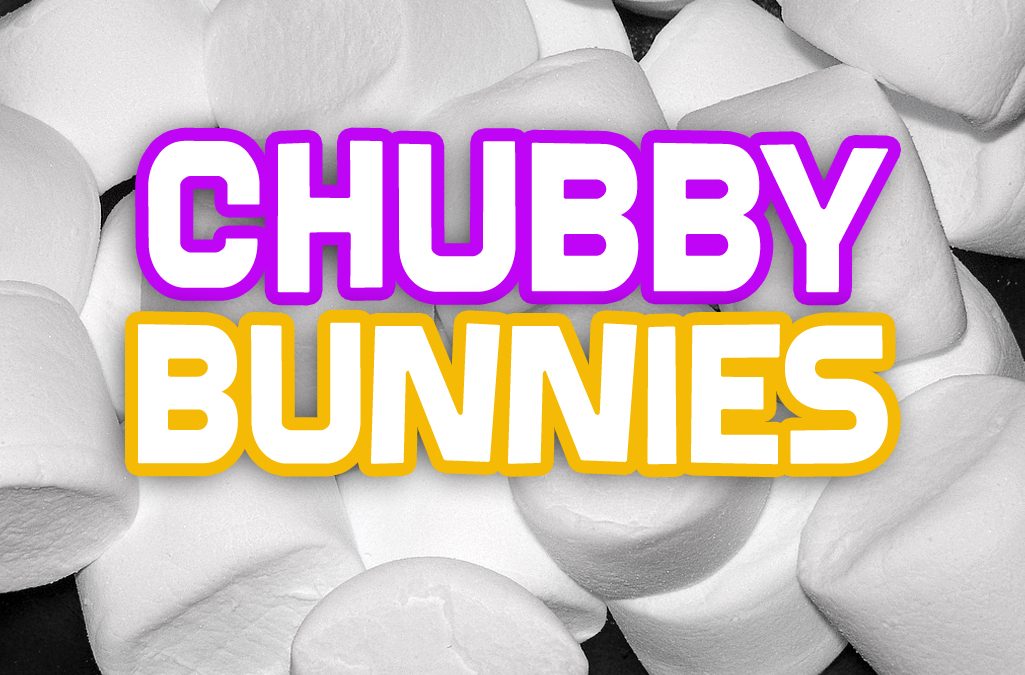 Number of Players: 2 or more

You will need: marshmallows and garbage bags

Preparation: Make sure you have all the items you need. Open the pack of marshmallows and have the garbage bags ready!

Choose a few players and have them put a marshmallow in their mouths and say the words ‘Chubby Bunny.’ Once each player has had one marshmallow go along the line again handing out marshmallows and asking the players to say ‘chubby bunny’. Keep doing this until one of the players can no longer say the words. They can spit the marshmallows into the garbage bag (make sure you have someone ready and holding the bag just in case!) This player is then eliminated from the game. The game continues with the remaining players until there is one player left. The winning player is the player that remains.

No swallowing the marshmallows

No eating or biting the marshmallows 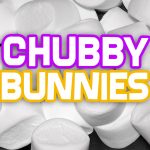 GREED: The ‘Chubby Bunnies’ game is a stark reminder of what it can be like when we get greedy. We want more and more of something until it makes us sick or selfish. (Proverbs 28:25)

SELF CONTROL: If the ‘Chubby Bunnies’ game was a reflection of our lives we might want to argue that we need more self control! Sometimes we need to control ourselves to stop us from eating or doing too much of something. That’s why God says it’s important to have self control. (Galatians 5:22-23)