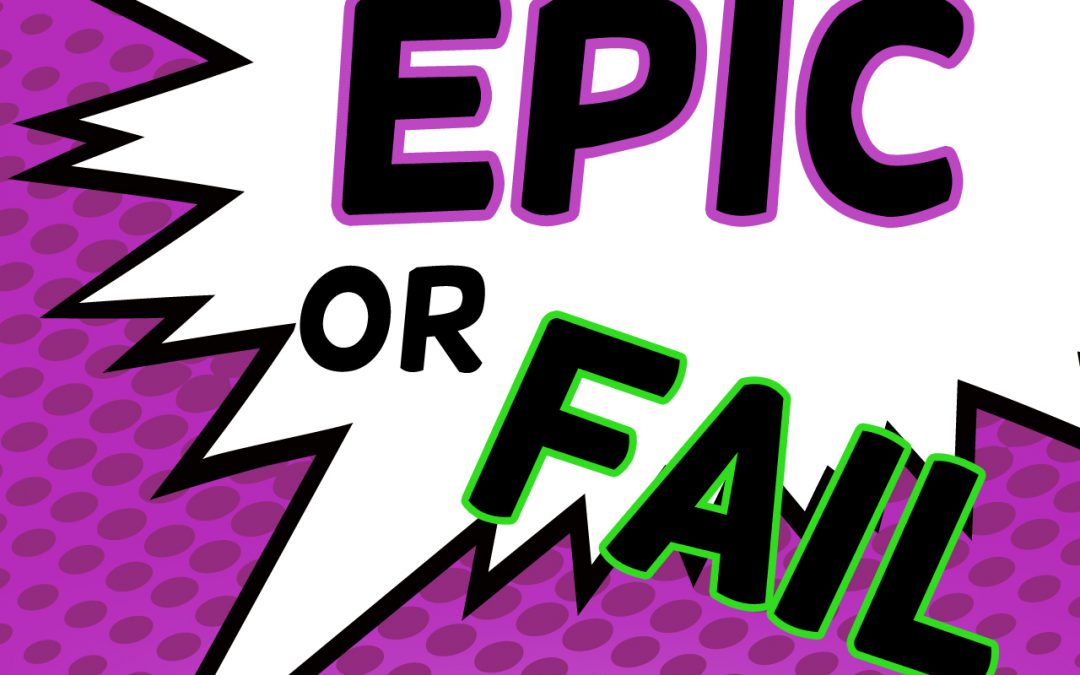 You will need: Video clips

Preparation: You will need to decide which way you want to play this game. If you want to use ‘Epic or Fail’ papers to hold then you may need to make these in advance by cutting around our templates, and folding them through the middle. You will also need to get your video clips ready to be played.

You might have seen this game played on Ellen Degeneres show! Half of the video clip is shown to the audience and they must decide whether they think the attempted activity is going to be epic (a massive success) or a fail (disastrous for the person or people attempting it.) Once half the video has been played the audience must guess which they think it will be; epic or a fail. They do this by holding up a sign. Alternatively you could play the game upfront on a platform and ask a couple of volunteers to guess what happens. In this way you may not need the signs. The end of the video is then shown and those that got the answer correct can celebrate. A point can be rewarded to the contestant if it is played with only a few players. 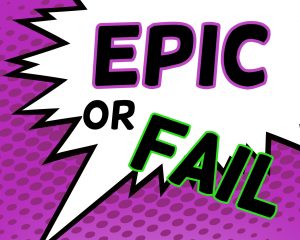 FAILURE: Ouch! Did you see how some of the people in our ‘Epic or Fail’ videos really failed?! Sometimes failure hurts. Not just our bodies, but our heart and our pride. None of us like to fail. Yet sometimes God uses our failures to teach us something or bring us closer to him. Failure doesn’t have to be the opposite of success for Christians, it can be a learning curve to success or even part of our success story! 2 Corinthians 12:9-10, Ephesians 2:8-9, Romans 8:35-39, 1 John 1:9

PROPHECY: Was it easy to guess what was going to happen in the video clips? I don’t think it was that easy either. When God gave people a prophecy in the bible it was often to indicate something about the future. They knew it was God when that thing happened. Prophecy isn’t guessing, like we did in the ‘Epic or Fail’ game, but it is sharing what God wants to say to others. It comes from God and not our guessing!  2 Peter 1:19-21, 1 Corinthians 14:3, 1 Corinthians 12:4-11,

SUCCESS: How successful were you in guessing what was going to happen in the video clips? Some of the people in the video clips were really successful at what they were attempting to do. Success feels great doesn’t it?! The bible speaks about success in different ways. God told Joshua that if he obeyed all the scriptures and God’s commandments then he would gain success. Philippians 4:13, Genesis 39:2-6, Psalm 1:1-3, 1 Kings 2:3, Matthew 16:26-27, Joshua 1:7-8

THE FUTURE: It’s not always easy to guess what will happen next; in our own lives or in the lives of other people! Sometimes we might think the future seems a long way off, or even scary. We might not want to think about the future. Yet if we follow Jesus and truly love him, then he promises that our future is in his hands, and we can trust him with it. Jeremiah 29:11, James 4:13-16, Proverbs 16:3, Proverbs 19:21