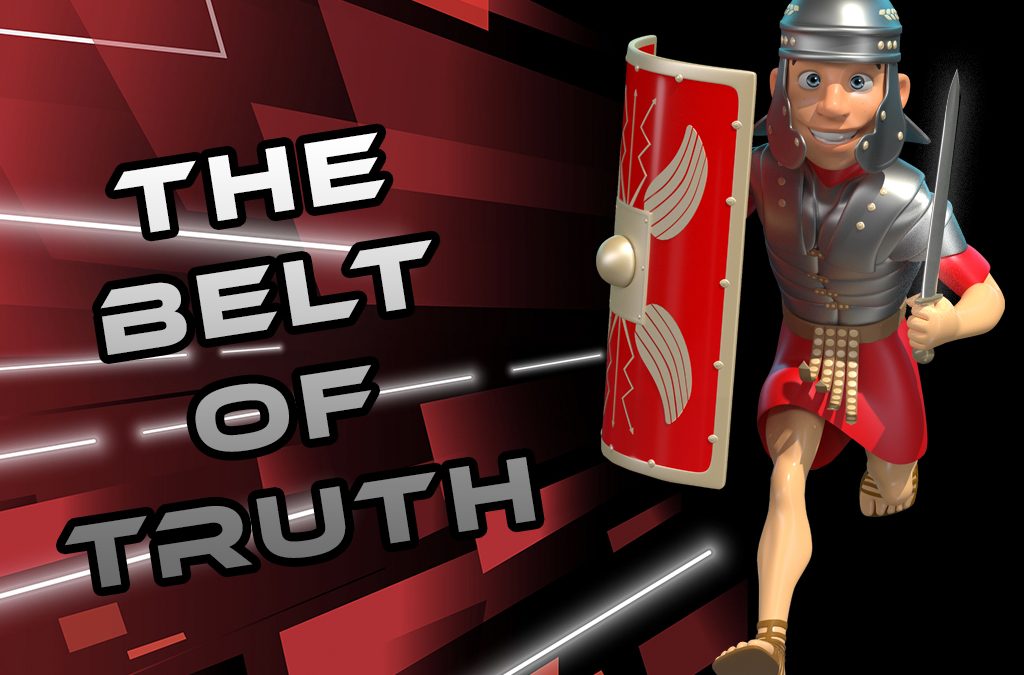 BIG IDEA: THE TRUTH HOLDS EVERYTHING TOGETHER

AIM: The aim of the ‘Belt of Truth’ Sunday School Lesson (Ephesians 6:14) is to teach the children what it means to wear the belt of truth and to have the truth of Jesus in their lives, holding them together.

BIG VERSE: Stand firm then, with the belt of truth buckled around your waist. Ephesians 6:14.

If you have an example of a Roman belt then this would be great to show around the room. Alternatively you will find many images of the belts to project on a screen or print out if you google ‘cingulum’ or ‘balteus’.

A Roman soldier’s belt was called a Cingulum or a Balteus. They were the mark of a soldier as belts were not meant for civilian use! When worn over chainmail, the belt helped to take some of the weight off the soldier’s shoulders. In the first half of the 1st century AD it was common to wear two belts in the army: one to hold the sword and one to hold the dagger. Foot soldiers wore their sword on their right, officers on their left. In the Later Empire, this distinction fell away. The belts were rather narrow and were decorated with metal plates all the way around. The decoration of each bronze plate could be quite intricate. They featured embossed or engraved designs, sometimes plated with tin, and in rare cases coated with silver foil. It is possible that part of the belt’s important purpose was to portray a man’s social status as a soldier.

Purposes of a Roman Belt:

A Roman belt may have been decorated, but its main purposes were:

1) to hold the sword

3) to hold all the armor together so it didn’t fall off or fall apart during the fight!

Belts were very important for a Roman soldier, without them they could have no sword; so they couldn’t attack the enemy. A  soldier’s armor would be too heavy for them to bear and it would probably fall off and be dragging behind them as they tried to defend themselves or run away from the enemy.

2) OBJECT LESSON: The Truth Holds Everything Together

You will need some paper clips or large grip clip.

[Have a ton of paper and let it all fall on the floor.]

Say: Oh no! That’s so annoying! All these papers are very important, they have things on them that explain who I am, what I want to do and where and how I want to be. The problem is that they keep getting muddled up and I’m not sure what’s what when they go everywhere. That’s the same in life. Sometimes tough times come and they can blow us away. We can find it difficult to keep going and maybe it feels like our life is falling apart. But wait, I have something that will help with my papers – a huge paper clip or grip! This keeps my papers together so when a wind comes they are held together they aren’t going to blow away!

You know, the truth is like a belt that holds everything together. Jesus said that he is THE TRUTH (John 14:6). He also said that his word; the Word of God, the Bible is TRUTH! Now, we need to make sure that we have the truth – Jesus and God’s word in our life! He helps us to hold everything together! He even holds the whole world together – nothing would work right without him – but he works everything perfectly together!

In our Bible story Stephen was able to hold himself together even when threatened with death! He didn’t start crying or ranting and raging – he didn’t start swearing or telling people they were idiots. Stephen simply told them the truth about Jesus. He didn’t care what happened to himself because he had Jesus! For Stephen, Jesus held it all together for him.

‘He is before all things, and in him all things hold together.’

Like the belt taking some of the weight, Stephen didn’t have to be burdened with worry or fear, because the truth of Jesus was taking the weight off his shoulders! He didn’t need anything else. So when Stephen died everyone would have been amazed that he stuck with Jesus until the end. Stephen knew and had the truth about Jesus. He knew that Jesus was God’s son and that Jesus was God! Stephen had given his life to Jesus and made Jesus number 1 in his life – even though others told lies about Stephen, Stephen didn’t care because he had the truth. Truth is the first piece of God’s armor, the part that holds everything else together. I can go no further until I have “put on”; studied, learnt, remembered and taken on board biblical knowledge; of all that Jesus has done for me!

Do you have The Truth?

What truth does God speak about you? Look at the ‘Is This Truth?’ sheet for 5-7s and 8-11 year olds and circle around the words that are true and the words that are not. You will find evidence of these truths in the bible. Discuss the truths together and explain why they are truth and why some of the statements are false.

For older children or youth groups you may want to show this Onetimeblind video ‘Red Balloon’ as a starter for discussion.

Whilst the children do one of the activities below ask them to consider the following question:

How does it feel to know the truth?

You will need the ‘What Truth is God Speaking to You? sheet.

Pray for the children and explain to them that sometimes we can get confused about what is truth and what is a lie. The world tells us lots of lies about ourselves and others – and especially about God! God wants to speak His truth to us. He does this through His word, and He can speak to us and remind us of His word today. Allow the children to sit and listen to what the Holy Spirit might be speaking over them, encouraging them to read the bible if that helps, or simply find a space where they can feel safe and free to seek God.

Remind the children that it is always good to check that what they are hearing is from God. They can do that by asking someone who has known Jesus for a lot longer than them, someone that they trust, that might be able to help them. They may also want to check that what they hear sounds like God’s character. We know His character by looking in His Word. When the children have finished you can offer to pray for them individually, ask them to share what God has shown them, or simply pray over them as a group, something like this:

In Jesus’ name we pray, 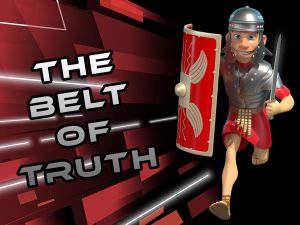