‘Boaz: AKA Man of God’ Childrens Lesson on Ruth 3 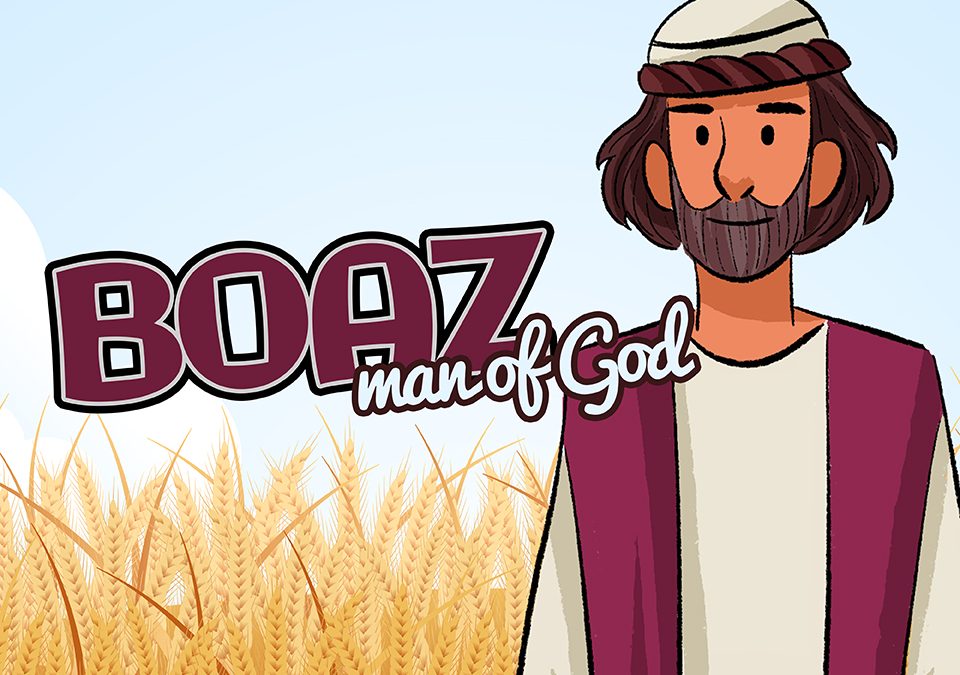 BIG IDEA: WE ARE THE PEOPLE OF GOD

Remind the children of Ruth 2 and Boaz’s reaction to Ruth. Read Ruth 3 together.

Have a drawing at the front of class that you have prepared – an outline of a man with the word Boaz written on it.

Say: It is well known that Boaz was a man of God. That’s partly why Naomi thought he might be a good match for Ruth and wanted them to get married. She knew that Boaz was a good man and would take care of Ruth. He would be a good husband and father. When we read about Boaz in the book of Ruth it doesn’t talk about how he went to the temple or worshipped God, but there are some clues that he was a godly person. Can you see any clues? Whtamakes someone a godly person or a man or woman of God? What made Boaz a man of God? I’ve got this picture here and I thought I’d write on it when we get some ideas.

What made Boaz a man of God?

So… was it the way he looked? the way he talked with others? His heart? The things he loved? (get feedback) Think about the way he acts throughout the story until now. Some answers could include:

– the way he treated his servants and the women around him – with respect, love, honor.

– The way he noticed Ruth’s character more than the way she looked. How he blessed people. )

– humble – he doesn’t think he is greater than Ruth.

Boaz was a man of God because he also obeyed God’s law, he let Ruth get grain from his fields because she was a poor widow and that was one of God’s laws that helped widows. Landowners were to let the poor get grain from their floors so they had food to eat.  Whenever people read the book of Ruth they always say that Boaz reminds them of Jesus. God wants us to be people that love God and show they are people of God just like Ruth and Boaz did. A man that loved God whose name was Francis of Assissi once wrote ‘Preach the gospel and if necessary use words.’ What he meant was that it is important to tell people about Jesus, but it is really important that we also live like Him so that others can see Jesus through us.

So, How can we be godly people or people of God? (get feedback and pray asking God to help everyone to live like Jesus did).

Some suggestions if they can’t think of any:

Discuss how these people lived as godly people and how they lived in some way like Jesus.

Get the children to put themselves in Ruth’s shoes.

How did it feel to have Boaz look after you?

How did it feel to take care of Ruth?

Have children answer one of these questions by coloring in a printed heart with different colors representing their different feelings. Then discuss.

1) God is our Father in Heaven who wants to take care of us. We have nothing to fear or be anxious or worried about. He says He will provide for our every need. Have paper cloud cut out and ask children to write a prayer of thanks that God watches over them and looks after them.

2) What people of God has God given you in your life? Who can you thank God for? Have children make cards and write a thank you note to those people. 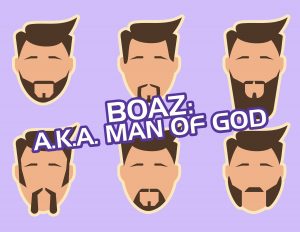 Click here for the ‘Boaz: AKA Man of God’ PowerPoint image (to be used as a standalone session image) 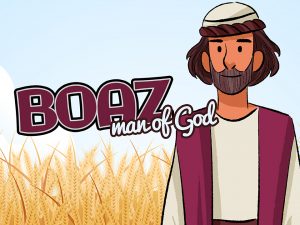 Click here for the ‘Boaz: Man of God’ PowerPoint image (as the lesson image for the teaching series)