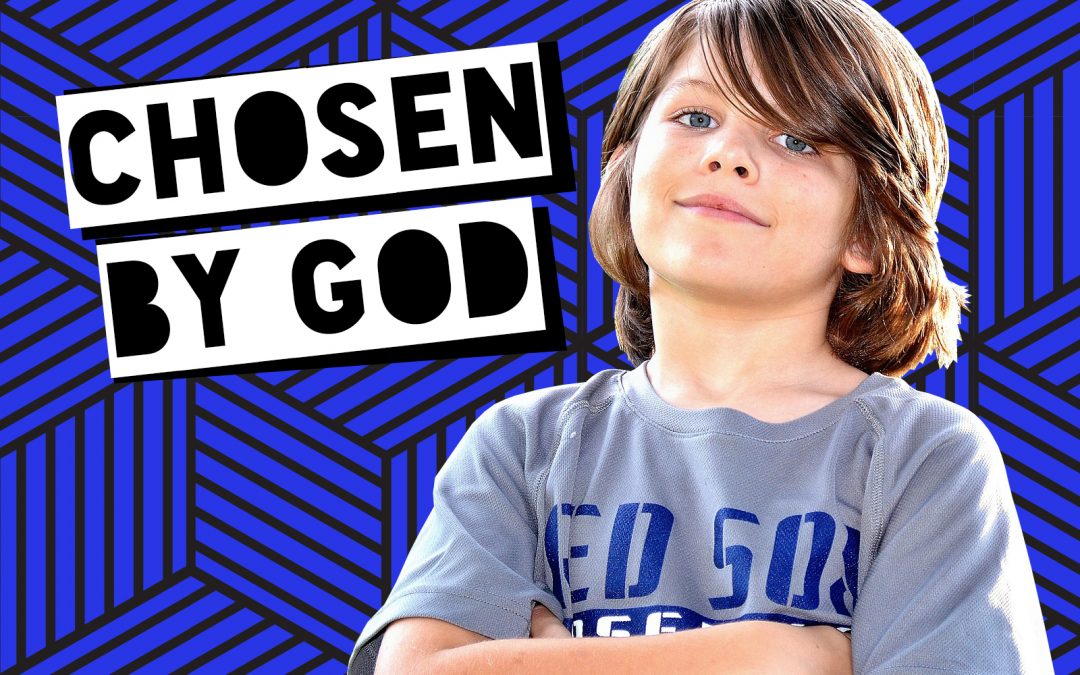 BIG IDEA: WE HAVE BEEN CHOSEN

AIM: The aim of the ‘Chosen By God’ Sunday School Lesson on David is to help children see that they have been chosen to serve Jesus.

BIG VERSE: How great is the love that the Father has lavished on us, that we should be called children of God. And that is what we are! 1 John 3:1a

INTRO QUESTION IDEAS: What’s your favorite bible character and why? 2. What is the best thing you’ve ever been chosen for? 3. What would you choose to do differently if you were the kids leader of this group? 3. In what way have you made choices today?

Read 1 Samuel 16. God has rejected Saul as king for his disobedience. He has turned his heart away from God and no longer looks to Him for instruction. Samuel is sad at this news, yet God calls Samuel to go to Jesse and find the future king. Samuel does not know who he will find, but follows the Lord’s command. What he finds is not what he expected. He had thought he would find a strong man with experience, instead he finds a young shepherd boy.

1) GOD HAS CHOSEN US

Skit: I’ve Been Picked! You will need two people to play the characters. You can change the name of the characters and the sport type if it does not suit your group setting.  Don’t have a big kids team? Why not ask some of your children to act out the skit instead?

David: Got into what?

Johnny: Only the best football team there is!

David: You got on the team?! That’s great!

David: But I didn’t think try outs went that well? You said you wouldn’t get in…?!

Johnny: I know, I’m so pumped! They said I’m gonna need to work hard, but they wanted me. They wanted me!

Say: Johnny was pretty happy that he was chosen for the team. It feels great to be chosen! Did you know that we have been chosen by God?  He has chosen us. That means that just as God told Samuel who to choose as king, God has chosen each one of us also.

“But you are chosen people. You are the King’s priests. You are a holy nation. You are a nation that belongs to God alone. God chose you to tell about the wonderful things he has done. He called you out of darkness into his wonderful light.”

That verse was spoken to the people of Israel many many years ago, but it is also for us today.

God has chosen us. He wants us. He wants you! Have you made Him your King and Savior? Will you choose Him today? Will he be the Lord of your life today? How are you going to make sure that He is number one in your life?

2) GOD IS LOOKING AT OUR HEART

Create a giant looking glass that you can hold as you talk to the children. Alternatively or as an added extra you could use a doctor’s stethoscope (a toy one if you can’t get your hands on a real one!) and walk around the children pretending to test their hearts.

Say: You may not feel like you are good enough to be chosen by God. Perhaps you have made mistakes or you aren’t the prettiest, handsome or most popular person. Maybe you are used to being the last one picked in school or in sports teams. Yet God doesn’t look at the things that people look at.

David wasn’t chosen because he was handsome, although he was. He was chosen because of his heart. His own father didn’t believe in him and didn’t even bring him before Samuel to be picked (1 Samuel 16:11) yet God knew about David all along. God knew that David was the boy for the job. He was only a shepherd boy, but when God looked at him, He saw a king. Perhaps you have been left or overlooked by your father. Remember your Heavenly Father God knows who you are, He knows your name and He has chosen you. He loves you so much! You are loved by the Creator of the Universe! All He is interested in is how your heart is towards others and towards Him. It doesn’t matter what you look like or how old you are, it’s all about your heart.

So, how is your heart?

3) WE HAVE BEEN CHOSEN TO SERVE

Choose a child to help you with your talk. Ask the child to hand out a snack or the ‘Chosen to Serve’ crown printables.

Say: It feels great to be chosen – and horrible when you get left out! I don’t want to be left out of living for Jesus! I want to serve him with all that I have – how about you?! David wasn’t chosen so that he could live a life of luxury, living it up for himself – he was chosen to serve others. He was chosen to be a king that would lead his people well, and making good decisions. His life wasn’t going to be easy. He was going to face some battles. Yet he would know that he had been chosen by God. He had been chosen to serve the King of Kings.

It’s not only David that chose to serve, but Jesus also chose to serve. He chose to serve us by choosing to come to earth, live as a man and die on the cross. You might have heard the song, “You Chose the Cross”. It reminds us that Jesus was willing to die for us. He chose to serve. Jesus chose us. We can never repay him but we have our whole lives to thank him by living for him and giving him praise!

“God has made us what we are. In Christ Jesus, God made us new people so that we would do good works. God had planned in advance those good works for us. He had planned for us to live our lives doing them.”

We have been chosen to serve Jesus and others. How we do that is very important. How will you serve the King of Kings, Jesus?

Broom Relay: You will need: broom handles per team, bibles and the Chosen Verses print out.

Print the verses sheet for each team. Cut the verses up and place them at one end of the room. Split your group into teams. The players should take turns to spin around 10 times with a broom handle and run to the end of the room and collect one of the verses. Then they run back to the beginning where they will find the verse in their bible and read it out loud. Have a leader monitor the group, check that they have found it correctly and allow the next player to run for the next verse. The winning team is the team that can find and read all of their verses. For larger groups you will need to split up into more teams.

Consider how David felt when he was chosen to be king – and it was God that had chosen him!

How does it feel to be chosen by God?

Ask the children to consider these questions as they do one of the following activities:

Print off the I Choose You printable and put them in two piles on the floor. Play the song ‘Lost in Wonder.’ On one side of the room children should go and pick one up if they are choosing to make Jesus the King of their lives. Remind the children that God has already chosen us, He has acted first and sent His only Son Jesus for us, we merely respond to that action. Children should pick the printable up from the other side of the room if they want to be reminded that God has chosen them. Have leaders ready to pray with children. 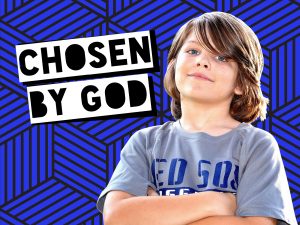