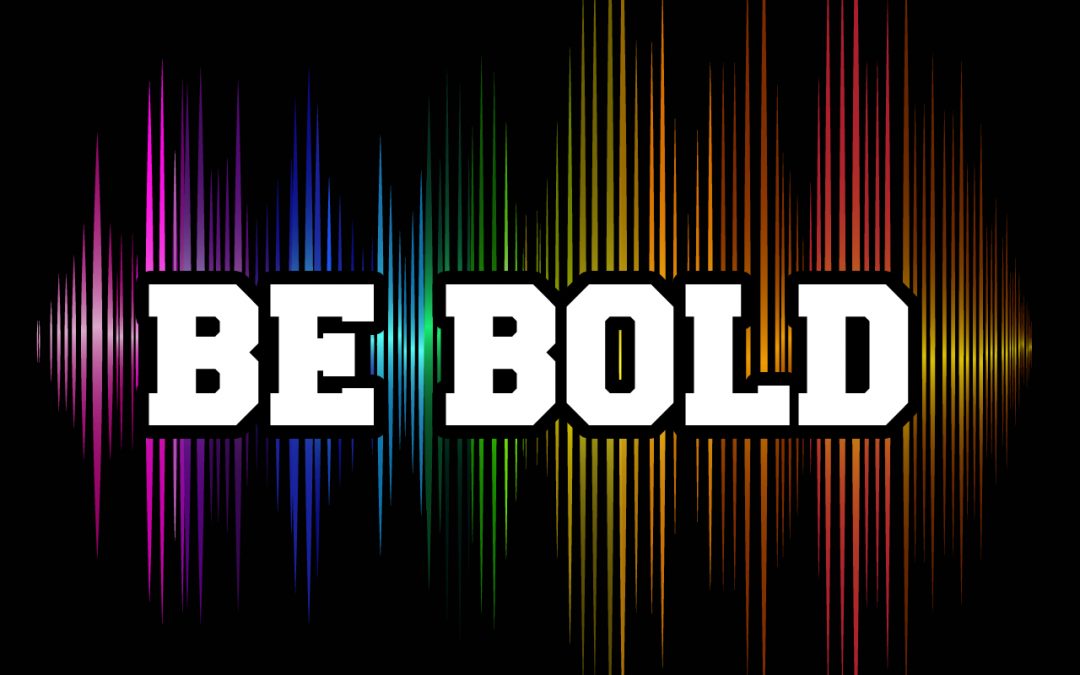 3. ‘Be Bold, Be Strong’ by Morris Chapman (may be more suitable for a younger age group)

1. Sock Wars. two players face off by taking their shoes off and leaving one sock half hanging off their foot. The idea is for players to defend their own sock whilst trying to pull their opponent’s sock off. Players play this game on their hands and knees. It can also be played as a group game – everyone plays. Watch the game here. Just watch that players knees don’t hurt too much on the floor!

2. Jousting game. Players work one-on-one to knock each other down by standing on one foot and using one of their hands to knock their opponent over. Watch the game here.

3. Chalk Fencing. Attach paper with sticky tape to both players and instruct them on the proper fencing stance first person to strike player three times with chalk on paper wins. Points are also gained by penalties, that is if player breaks stance.

Read 1 Kings 18:16-21 together. Explain that as Elijah had told King Ahab 3 years ago that there was going to be no rain King Ahab blamed Elijah for the famine. King Ahab was searching for Elijah as he wanted to kill him. Although God had told Elijah to hide when he first spoke to King Ahab, it was now time for Elijah to present himself to the king. It tood boldness for Elijah to ask King Ahab’s servant Obadiah to go and find Ahab. Yet it took even more boldness for Elijah to confront Ahab and ask him to bring the hundreds of prophets – and all the Israelites he knew – to Mount Carmel for the ultimate face-off.

You will need to begin by showing this movie by Superbook that describes the interaction between Ahab and Elijah.

Did you see how Elijah had such boldness in facing King Ahab?! To have boldness means to be confident, daring and brave. Is there a time when you have been bold? (get some examples from children) Elijah was bold because he knew that God was on his side and so he faced up to King Ahab without fear and trembling. He was able to tell King Ahab that it was his fault that the rain had stopped – he had stopped loving and serving God! He had turned to false gods! Elijah’s boldness came from God – he had seen God do many things and he knew that God would be with him when he faced King Ahab again. He believed it so much that he invited Ahab to compete with him to show whose god was real – he knew that King Ahab’s god Baal would not help Ahab. So even though King Ahab and his wife Jezebel had already killed lots of God’s messengers and Elijah was the last one left, he wasn’t scared but was bold because he knew that his God was the One True God!

Bible Match Up game. You will need to create two cards of each of the character or verses below for this game. Players work in teams to play Bible Match Up! Teams take turns to choose a player in their team to turn two cards over. If the characters revealed are matching, then in order to keep the cards the players must answer how that character displayed boldness.

Jesus: bold to do miracles, speak against the Pharisees and eventually go to the cross

Paul: went out and told others about Jesus/was willing to go to prison and be beaten

Joseph: showed boldness by running away from Potiphar’s wife. That’s right! It took guts to stand up to that woman!

David: had boldness when he decided to fight against Goliath

Peter: walked on the water

Jonah: eventually went to the town of Ninevah

Daniel: carried on praying even when he was thrown into the pit

Shadrach, Meshach and Abednego: stood up to King Nebuchadnezzar by not bowing down to the statue

Ephesians 3:12. Because of Christ and our faith in him, we can now come boldly and confidently into God’s presence

Deuteronomy 31:6. So be strong and courageous! Do not be afraid and do not panic before them. For the Lord your God will personally go ahead of you. He will neither fail you nor abandon you.

Hebrews 4:16. So let us come boldly to the throne of our gracious God. There we will receive his mercy, and we will find grace to help us when we need it most.

Joshua 1:9. Have not I commanded you? Be strong and of a good courage; be not afraid, neither be you dismayed: for the LORD your God is with you wherever you go.

Act out a scenario where someone is the bully and everyone else takes it in turns to act:

a) how they think they would react

Then ask the children to imagine they were Elijah meeting Ahab. Ask:

− Why did you feel bold?

− Why do you feel or not feel bold?

Remind the children that although we all might feel scared at times we can be bold because we have God the Father on our side – His Holy Spirit in us and Jesus with us at all times! God will also help us to have boldness when we need to share about Jesus with out friends – Elijah knew that the people needed to see who was REALLY God!

Draw and cut out paper people chains. Have the children write on them with a prayer of boldness for them to share Jesus with their friends or to have boldness against bullies. 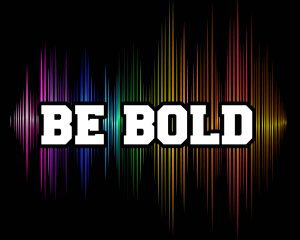 Click here for the ‘Be Bold’ lesson Powerpoint image