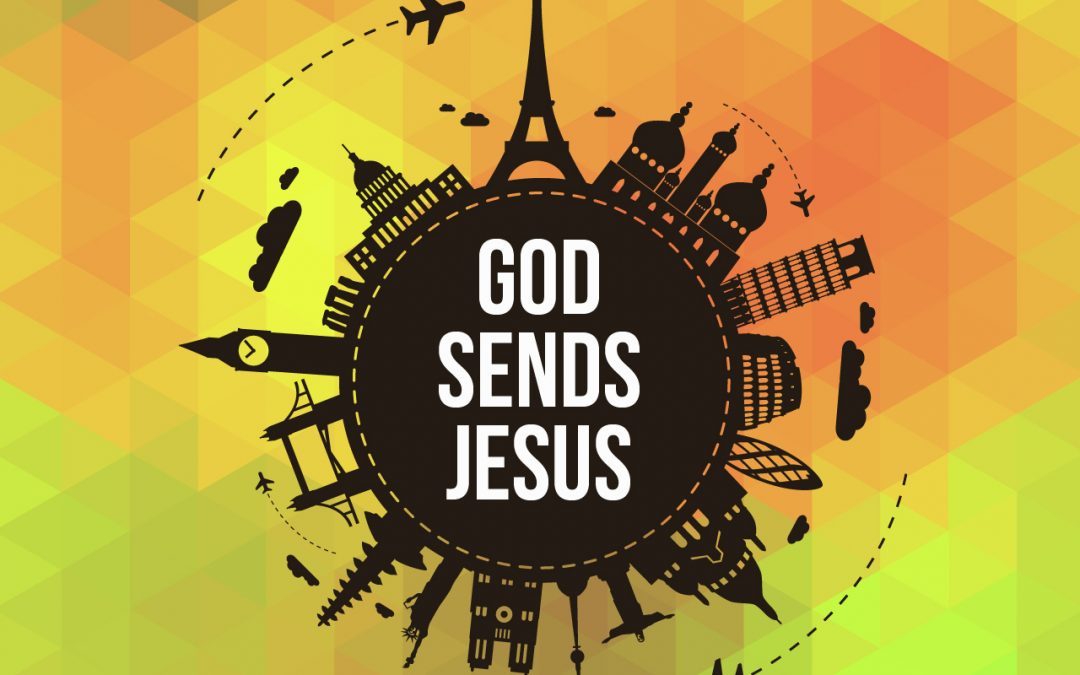 AIM: The ‘God Sends Jesus’ lesson aims to help children to see the importance of justice in the world today for themselves, those around them and the poor. This is the eighth session in the Mission:Possible teaching series or VBS.

1. ‘We Cry Out’ by Planetshaker Kids (Shout Kids Praise)

3. ‘We Are All God’s Children’ by Jamie Rivera

1. Judges Galore. Stick pictures of judges around the room and choose two contestants. Children must run and grab one judge and bring it to the front before returning to pick up another. The contestant with the most judges by the end of the game is the winner.

2. You’ve Been Judged. Have the children take part in a competition where their skills are judged – either by the leaders or the whole group. Ideas to be judged could be their singing, dancing, circus skills, lip syncing or air guitar skills.

3. Judge It. Teams or contestants watch part of some Youtube (funny) videos you have previously selected. However, they must try to judge what happens next. The player who guesses correctly – or guesses the closest answer – is the winner.

1. ‘Jesus and the Sinful Woman’ by Saddleback Kids

It’s Not Fair! illustration: Have all the children with blonde hair (or another quality) stand up while you talk. Pick them out. Talk nicely to everyone else but ignore them.

Justice is all about being fair. You see, God isn’t just a Perfect King but He is also a Perfect Judge. That means that He judges people and problems fairly. He always makes the right and perfect judgement or decision because He can see everything – even our hearts!

The great thing about God is that He is full of wisdom and knowledge because He is all knowing. He knows absolutely EVERYTHING! That means He is the best person ever to make a decision about what is fair and what is not fair.

Do you think the woman in our story today was treated fairly by the people? (get feedback)

Well, in those days thats what the people thought was justice. They thought that if you acted badly you deserved to get treated badly, that you should be judged to be a bad person and you should be avoided… but let’s see what Jesus had to say about that….

You will need a hammer and judges wig. Wear the wig and walk around with the hammer (and a cape like a judge).

God has always asked people to look after those that could not look after themselves; like widows – women who had no husbands, and orphans – children that had no parents. However, before Jesus came to earth God had made a decision that justice (making a fair decision) was like-for-like; if someone hit you then you could hit them back (Exodus 21:23-25). This was so that people wouldn’t take advantage and keep doing bad things to someone who had only done one bad thing to that person.

In the old system where it was like-for-like, the Pharisees were fair in the way they treated the sinful woman. But Jesus brought a new system. He said that instead of hitting back or treating somebody badly for what they had done, they should be forgiven. What?! Forgiven?! Yes! That’s right. Now, to us, that seems like its fair and makes sense. But to the Pharisees they just couldn’t understand. That was not the way it had always been. Yes, there had been some instances of great forgiveness – but this was not the norm. Things were changing. Jesus brought in a new kind of justice.

This justice was that everyone gets a second chance, and a third chance and even many many more chances to put things right! That’s why Jesus loves the woman and is happy that she washes his feet. Even though the Pharisees think she is a bad woman Jesus reminds the Pharisees that everyone – apart from him – has done wrong. We all need forgiveness. We all need God’s love. That means we all get more chances to get things right with others – and with God. Phew!

You will need pictures of William Wilberforce and Hope for Justice/A21 Campaign and Vivienne Harr.

With God’s justice system in mind, God wants us to help bring His justice into the world. There was a man that wanted to do just that and his name was William Wilberforce. (show picture) Wilberforce was a lawyer and when he started to believe in Jesus he began to look around at the world he lived in and saw the injustices. He saw that people were not being treated fairly.

Many many people were living as slaves. Slavery was legal. People could buy other people and treat them how they wanted to treat them. Lots of people were being treated badly and even dying because they were not looked after. They were treated like animals and not people.

“Evil men do not understand justice, but those who seek the Lord understand it completely.”

God wants us to help bring justice into this world. Even though William Wilberforce helped to make slavery illegal – against the law – many people today are still slaves. In fact, there are 27 million people in the world that are slaves!!! Yet God sends us to help bring justice. To help free those people and to make their lives fair. There are many different ways we can do that. One way is by helping to support people and pray for people that help Slaves. Hope For Justice/ A21 Campaign (show picture) and other charities help to rescue slaves and bring hope back into their lives. One little girl also decided to do something about it. Vivienne Harr was 9 years old when she decided to help the child slaves. She started selling lemonade on a lemonade stand.

Then she sold more and more until she made her company ‘Make a Stand Lemon-aid.’ In its first six months, her stand donated over $100,000 to antislavery campaign Not For Sale, according to the news. But she did not stop there. She is still making money to help children that are slaves today.  We can help bring justice into the world by treating people fairly. Loving them and forgiving them. Not treating them badly because of the color of their skin, their weight or age or if they are a boy or girl or because they are different to us. We can help to treat everyone fairly, with love and forgiveness like Jesus treats us!

You will need post it notes, markers, paper and cones, chairs and tables for your obstacle course.

Children are put in teams and each have a pile of post it notes with biblical people written on them. On the walls stick two titles:

Set up a small obstacle course that children must go through before reaching the titles and putting the Biblical people in the place where they feel they fit (under justice or injustice).

Children may need help with some of the stories/people or you can let them guess and give them answers at the end.

Each team gets the same pile of people (but write them in separate colors for each team so that you can tell whose team got it right/wrong.)

The men that walked away from the Samaritan – injustice

The Pharisees – injustice. They didn’t treat people kindly or with love but judged them and acted badly themselves.

The people with Zacchaeus – injustice. They treated him badly because he was a tax collector.

Jesus with Zacchaeus – Jesus treated Zacchaeus according to his king of justice. Love and forgiveness.

Explain that Jesus saw that everyone should be treated well because we are all people and made in God’s image. Discuss with the children who they think gets treated well and who gets treated badly in the world. How can they help to bring God’s justice?

How does it feel when people treat you badly?

1. Have children take turns role playing as the woman at the well with people walking away from her and giving her funny looks. Ask each child how it felt to be treated badly for no real reason. Remind children that God loves and has compassion for everyone and we are called to treat people well.

The children can take these worlds home as a reminder to pray for people around the world that they might know Jesus and to tell their friends too!

You will need pictures of poor children from around the world. 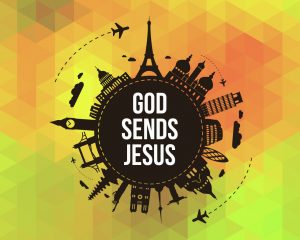