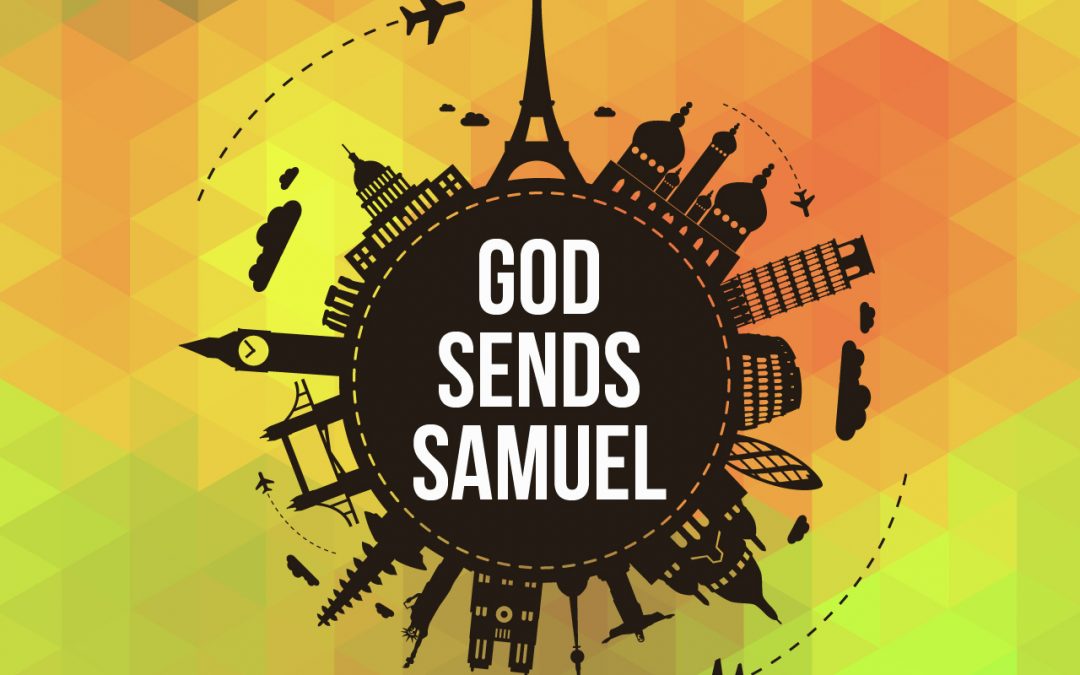 AIM: The ‘God Sends Samuel’ lesson helps the children to see what a good king is like. Once they have thought about this they are able to consider what makes God a good king and how we can be a part of His kingdom; His rule and His reign.

For SONG IDEAS check out our dedicated Pinterest Board.

1. Search for the Crown. Hide a crown somewhere on your stage or in the room and have the children seek it out. To make things more interesting have a number of different crowns in the room, but make sure you give specific details of the crown you want them to find. The player to find the crown is the winner.

2. Crown Grab. Print off the crowns, cut them out and stick them around your room. Choose one child from each team to play. Children must run around the room collecting the crowns. They can only run and get one before putting it in their corner or part of the stage, then running for another. The player with the most crowns at the end of the game time is the winner.

3. Kingly Relay. Have a king’s costume available for each team. Players must line up in their teams and – one at a time – run to the king’s costume, put it on and then run back to tag the next player. Once every team member has ran the team must sit down. The team to sit down the fastest is the winning team.

The people want a king. God sends Samuel on a mission to find Saul and make him king. Samuel gives Saul God’s mission… to be a great King and to show the people what a great God their King of Kings really is… but Saul fails in his mission. Why not tell the story yourself using lots of enthusiasm and referring to the bible passage: 1 Samuel 8-10. You could even dress up as a king using a robe, crown and wig. This lesson is the sixth in the Mission:Possible teaching series or VBS.

1) OBJECT LESSON: GOD IS THE KING OF KINGS; THE PERFECT KING

You will need to cut out some large slips of paper with good words and bad words on them. Ask the children to match up the words with a good or bad king.

I’m sure God was sad when the people said that they wanted a king. He was supposed to be their King. He is the King of Kings after all…. yet He gave them Saul to be their king. It was Saul’s mission to show the people what God was like; to be a good king. His mission was to reign well and rule right in God’s eyes. He wasn’t perfect, but he could show them what God the King of Kings was like by being the best king he could be.

Sadly Saul failed. He started doing his own thing and not listening to what God wanted to do. He failed in his mission. This so saddened God that eventually he had to choose a new king. That’s when he chose David. Looking at how Saul failed in his mission to be a good godly king reminds us that God is the only PERFECT King. He is the true King of Kings. Nobody else will ever rule like He does. A perfect King always makes the right decisions. A perfect King always thinks of and loves the people He reigns over. He always protects the people. He never leaves His kingdom and runs away. That’s why it is important that we make him the King of our lives. Is Jesus the king of your life too?

2) OBJECT LESSON: GOD WANTS US TO BRING HIS KINGDOM ON EARTH

You may want to use the ending clip from the ‘Frozen’ Disney movie either where Elsa makes the ice unfreeze or where she brings the kingdom to life with an ice rink!

Write children’s answers to the questions below on paper crowns and stick them around the front.

Say: If you could imagine the type of kingdom that a perfect King (Our Father God) would create, what do you think you might see in it? What would it be like?

a) What would the people be like inside the kingdom?

b) How would the servants of the king be treated?

c) How would the people act? Would they welcome others in?

That’s right. This kingdom would be the MOST AMAZING kingdom to be a part of! Everybody would want to be included.

People would probably travel for miles to be a part of this kingdom. That’s exactly what Heaven looks like! It is His perfect Kingdom in Heaven!

Yet God wants us to help bring this perfect kingdom to earth. He knows that we are not perfect, that we are going to make mistakes. Yet he asks us to make Him our King so that we might serve Him in His kingdom here on earth, helping to make earth a little more like His perfect Kingdom in Heaven.

3) OBJECT LESSON: WE CAN BE PART OF BRINGING A PIECE OF THE KINGDOM TO EARTH

Jigsaw puzzle of a palace. Give each person a piece.

The cool thing about a kingdom is that it involves people too. We are God’s people and that makes each one of us important in the kingdom of God. He wants us to be his faithful servants. Servants that stick with him, that help to bring a piece of this perfect Heaven to earth.

What piece will you bring?!

God knows that we are going to make mistakes and that it won’t always be easy. Yet He is with us. He wants us to work together to help make earth a great place to live. To help show people how great our King is! We only fail in our mission when we stop following God and stop keeping Him as our King. So how will we help to live out God’s kingdom on earth? [Get feedback from kids… ideas could be – loving others, praying for people, having faith that God will heal or do amazing things etc. Take time to give children silence while they look at their jigsaw piece, think and pray, asking God to help them play an active role in His kingdom.]

Lord Jesus, thank you that I am an important part in Your kingdom. Thank you that as Your servant I can help to show others how to love and I can se the example to others on how to live for You. Thank You Jesus that You are my King! Help me to always live for my King!

You will need to understand which kings were good and which were bad by looking on this page.

Put the names of the kings on paper and stick them to the walls so that every child can see. The children must guess which of the kings they think did right. They should put the good kings in a line and the bad kings in another line. To make this more fun and a bit more of a challenge you could give each team the set of kings names and give each team a bible and plenty of time to work together to find the good and bad kings.

You will need: cardstock, scissors, tape and/or glue, items to decorate such as markers, sequins, stickers etc

Have children think about how God is their king. Have them create a castle/palace to help them think about what God’s kingdom is like and how it is not of this world.

Ask them to think about how it feels to be a part of God’s Kingdom and being part of helping bring God’s kingdom to earth.

1. Cut your cardstock in half, length ways.

2. Bend each half in half again, this time, width ways. These two pieces will now become the four walls of your castle.

3. Using scissors, cut the jagged squared line that looks like teeth for the top of the castle wall (see here for a better idea).

4. Bend along the edges of each of the 2 parts of your castle – you should need 4 bends – one for each corner.

5. Glue or tape the four bends together to form the four walls of the castle.

7. Decorate your castle with sequins and stickers and markers.

8. To make a turret, roll a rectangle of cardstock and tape it so that it becomes a tube.

9. Use scissors to cut two slits on the bottom of the tube – on either side.

10. Check that it will slip over the top of your wall by slipping the slits over the teeth of your castle wall.

11. Finally add teeth to the top of your turret when you are happy with it.

Ask the children to create their own paper crown template using paper, scissors and markers. Then ask them to write or draw a prayer to God – their King on the front of their template. Encourage the children to pray a prayer of thanks that God is a good and perfect king that loves each one of his servants. 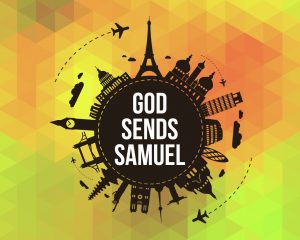