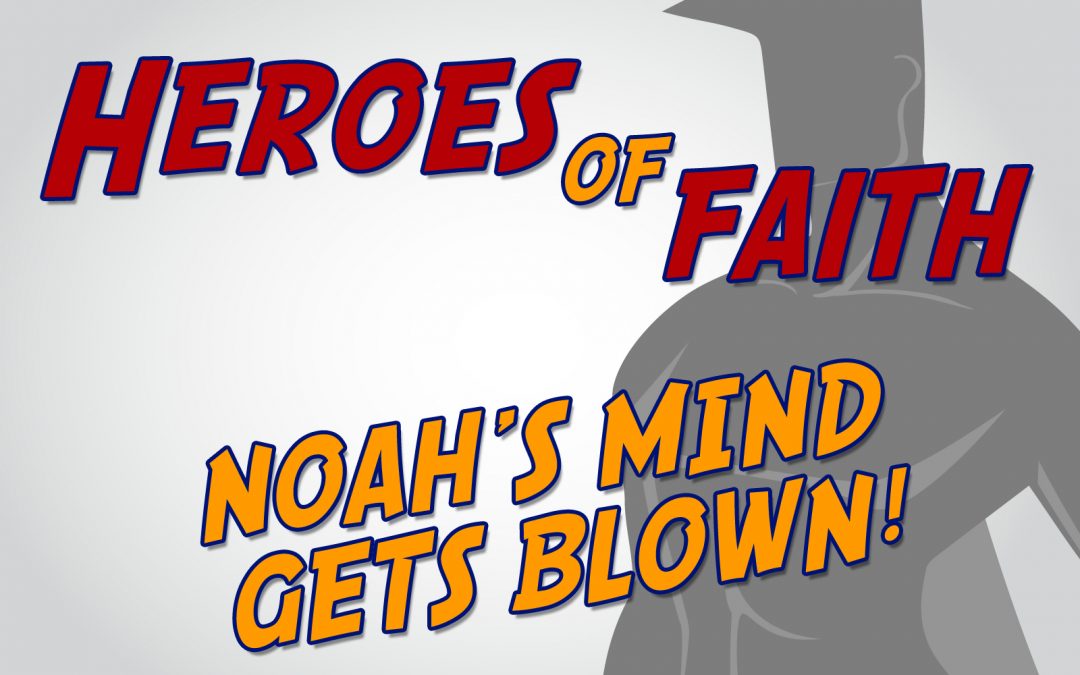 AIM: This childrens lesson on Noah aims to teach the children that God can stretch our imaginations and our vision as long as we are willing to be used by Him!

Make sure you have read the story first so that you have understood it and can answer any questions about it. You will find the story of Noah’s Ark in Genesis 5:32-10:1. Once you have read it you might want to pick parts out of the story that you can read with the children. Genesis 6:13-22 is a great passage to focus on; when God speaks to Noah about the ark.

1) NOAH ALLOWED HIS IMAGINATION TO BE STRETCHED BY GOD

Play the Rubber Band Targets game. Print off some of our targets and ask children to take turns shooting rubber bands at them. Create different points for the color they hit on the target. Point: Rubber bands stretch which makes them travel further and today we’re talking about stretching our imagination. For teenagers you could show this funny clip of the stretch armstrong fight scene (in Walter’s imagination) in The Secret Life of Walter Mitty.

Say: Noah let God stretch his imagination. He allowed God to show him that BIG things could happen when you trust God. He was prepared to let his imagination run wild so that God could show him what He was going to do through him. When God tells Noah he should build an ark, the bible simply says that “Noah did everything that God commanded him.” Genesis 6:22.

Noah doesn’t seem to question, complain or doubt God. He simply believes and obeys. He allows God to stretch his imagination. I’m sure he had never imagined an ark that size before, yet he didn’t thin about that. All he must have thought was that whatever God says is possible is possible!

2) NOAH TRUSTED THAT NOTHING IS IMPOSSIBLE WITH GOD!

Use these videos to show that some things that look impossible are actually possible when you know how to do them. That’s the same with God – He knows how to do everything!

Say: When God asked Noah to build the ark in Genesis 6 he gets straight to work. Noah knew that nothing is impossible with God. Even though was only one man with three sons: Shem, Ham and Japheth (Genesis 6:10) he trusted that God would help him to get the job done. Is there something in your life which you feel is impossible? Sometimes God helps us to do the impossible and He does the impossible when we pray.

Remember, God told Noah to build the ark. That means that God wanted to do the impossible to save Noah and his family. He wanted to save the whole of human kind by saving Noah and his family. Is there someone in your family that you think it is impossible that they will ever come to know Jesus? Perhaps you have been praying for a friend for ages and not seen any difference. Keep praying, and don’t be afraid to chat to them about Jesus… he can do what we think is impossible!

[Wondering how God got all those animals onto the ark? Check out this video as a handy help for the those tough questions your kids will ask!]

3) NOAH TRUSTED GOD WHEN OTHERS DID NOT

Read these predictions that people have said about different inventions. You could even print some out, or put them on a Powerpoint for the children to see and discuss.

Say: Isn’t it funny how people that had predicted those things were so wrong! At the time they probably thought they were completely right. Yet what they said seems to be laughable now! We all know that computers and microchips have been successful!

Noah believed God even when everyone else was living in an evil way. Genesis 6:11-12 says “People on earth did what God said was evil. Violence was everywhere. And God saw this evil. All people on the earth did only evil.” Noah believed even though, to others, it would have sounded ridiculous to think that God had asked him to build a huge ark! Noah trusted God and was faithful. He trusted God even when others had given up on Him. Noah was blessed by God. Noah and his family were protected and kept safe when everyone else was washed away. All because he listened to God and obeyed. He trusted God.

[You may get lots of questions about why God flooded the earth. This is a great article on the purpose of the flood. We have to remember that for 120 years the people were warned to get right with God, yet never did.]

In this section we look at how God has done the same thing throughout scripture – He continues to blow people’s minds with His amazing miracles!

Game: The Saran Wrap [cling film] Challenge. Wrap a number of different packets of candy in saran wrap with a bible person below on the packet and have the children play pass the parcel with them. When the child gets the candy you can ask them how that person had to stretch their imagination… how was their mind blown and their imagination stretched by God?

People that had to THINK BIG and allow their MIND to be BLOWN by God:

Imagine every day for years waking up to build a boat when there was no sign of any water. What would you be thinking? Would you want to get out of bed each day? Would you believe God had spoken to you or would you be trying to convince yourself it was all just a dream?

Whilst the children think about one – or all – of these questions (you could even put one or all of them on a screen) they could create some of these crafts:

Alternatively use creativity stations around the room for the children to try out as they think about the question.

Say: Are you thinking too small? In what area do you need God to stretch your imagination? Hand out a bible to every child and remind them where the passage on Noah is found. Hand them a sheet with a picture of a thought bubble or brain. Ask the children to spend a few minutes in prayer and ask them to think and dream big. What might God want to do with them in their life? What does God want to show them right now? Ask them to draw or write their answer on the sheet. 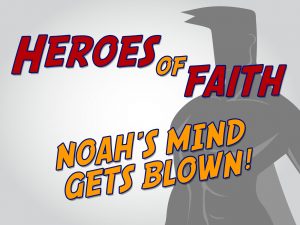