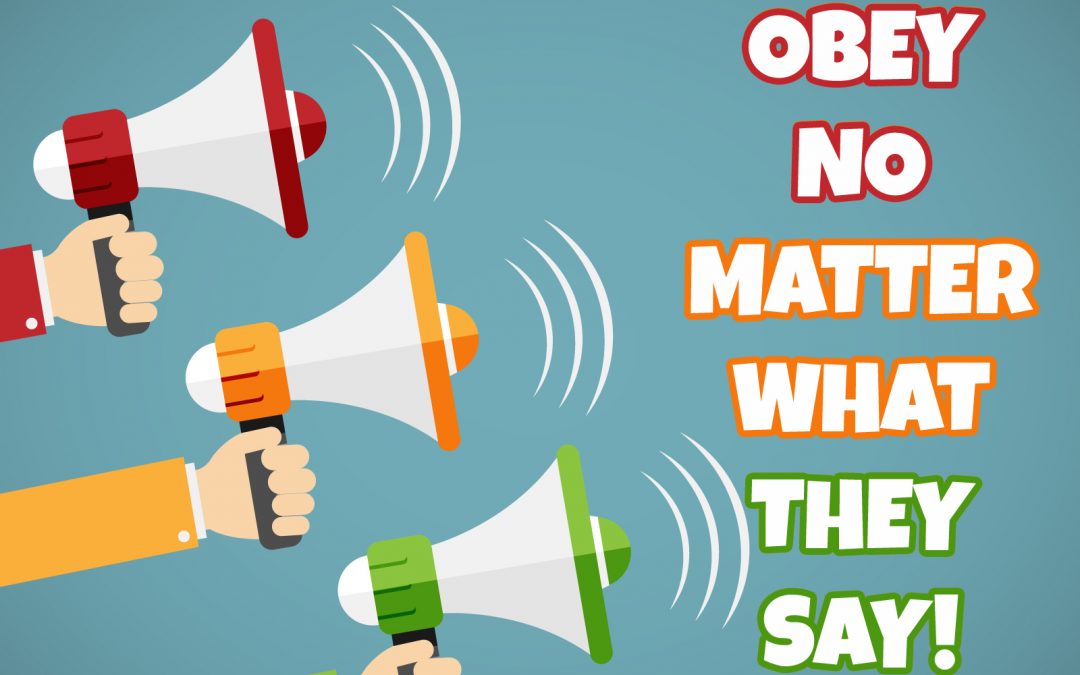 BIG IDEA: I CAN OBEY GOD!

AIM: This childrens lesson on Samson is

Samson is a judge that made mistakes. He married women that were not Israelites and betrayed him for his enemies. His worst mistake was telling Delilah his wife the secret to his strength. God gave Samson a special strength and as long as his hair was not cut, he would keep the strength that God had given him. Could Samson obey God by not cutting his hair? Let’s see… (Read Judges 16.)

Obey hat images and the Obey or Run Away game.

Say: [Have the obey hat images on a screen] What does it mean to Obey? [Get feedback]. Obedience is doing what you are told quickly and with a good attitude. We want to obey God and obey those that He wants us to obey. Let’s do a quick game to see if we can work out how we are to obey God and others [play the Obey or Run Away game].

Samson was a man that kept doing his own thing, and wasn’t obedient to God. Amongst other things, Samson’s parents had been told that he should never cut his hair. Samson would have known that this was incredibly important. (Judges 13:1-5)

Although Samson didn’t cut his hair himself, he knew that Delilah was trying to catch him out. Delilah had tried to trick him three times. Each time she did what Samson told her would end his strength. The first time she tied him with seven fresh bowstrings (Judges 16:7-9).

The third time she weaved seven braids of his hair to the fabric on the loom (Judges 16:13-14).

By this time Samson must have known that if he told Delilah what the secret to his strength was, she would go ahead and do it. Yet because of her nagging, Samson gave in. As he gave in, in some way he was being disobedient to God. Why? Because he knew that there was a chance, in fact a very big chance, that she would cut his hair. Samson knew that God had said that he should NEVER cut his hair. Surely God’s instructions were more important than Delilah’s cries?

2) OBJECT LESSON: NO MATTER WHAT THEY SAY OR DO…

You will need access to a Doodle App that you can use to draw and project on your screen or a large pad and pen, depending on the size of your group and the equipment that you have.

Say: What are some of the things that God has told us to say or do in the bible? [As the children answer, write or draw their answers on the doodle app or paper]. Do you think that these things are important? But what about if people bully me and say I’m stupid for believing in Jesus? What if people laugh at me for following what God says? What if my parents or my family don’t believe? What do I do then? [We have to listen to our parents and follow their instructions, but we can keep praying and asking Jesus to help us in our lives, believing that He hears us and is there to help].

When we want to obey God and follow the ways of Jesus, we can know that we have an enemy who wants to stop us. Why? Because he knows the good we will do and the amazing things that Jesus can do in us when we follow Him. So, when other people seem to be coming against us, we can remember that it isn’t really them we are fighting against. We can obey God by praying and asking God to give us strength just as Samson had at the end of his days. We can ask the Holy Spirit to help us to obey even in the most difficult times.

You will need to print off some of the free drawings of the characters from this Christian Illustrations site. Stick the pictures up around the room. Encourage the children to run around the room to the correct character when the clue is given:

After each answer ask the children whether the person obeyed or disobeyed and why.

Ask the children to imagine that they are Samson. Then ask them:

How did it feel to disobey God and end up being captured and blind?

Samson stick craft: Encourage the children to use yarn, popsicle sticks and cardstock to create their very own super strong Samson.

Samson’s Hair craft: Children can make a fun paper or card wig as they remember the strength that came through God’s gift to Samson.

Discuss how it feels to disobey God and end up in a mess. Then ask the children how it feels to know that because of Jesus God forgives us for the times we disobey Him. Remind the children that, through Jesus, God gives us the victory over our disobedience and sin; that we can be strong in Him once again, just as Samson was in the end.

You will need the ‘I Choose to Obey No Matter What Others Say’ printables cut up and ready to hand out. Hand them out before you go on…

Say: Are you obeying God in your school, home and church? Are you listening when He nudges you to do something or to stop something? Do you listen to His voice or try to ignore it? Do you find it difficult to obey when others say or do things that make you want to stray away from God? As a way to tell Jesus that we want to trust and obey Him we are going to do a little activity. With this paper (the printable) we are going to give you an opportunity to write down or draw a little prayer of how you want to choose to obey God. You see, obeying God is a choice. [Leave time for them to do this and to write on the back of the paper]. Take your megaphone printable and walk towards the cross where you can lay it down as you pray.

[Put one of the ‘Trust and Obey’ songs on as you leave space for the Holy Spirit to work as the children respond]. 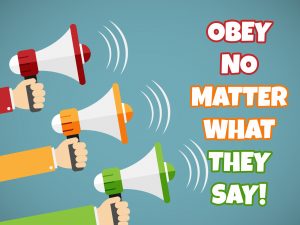