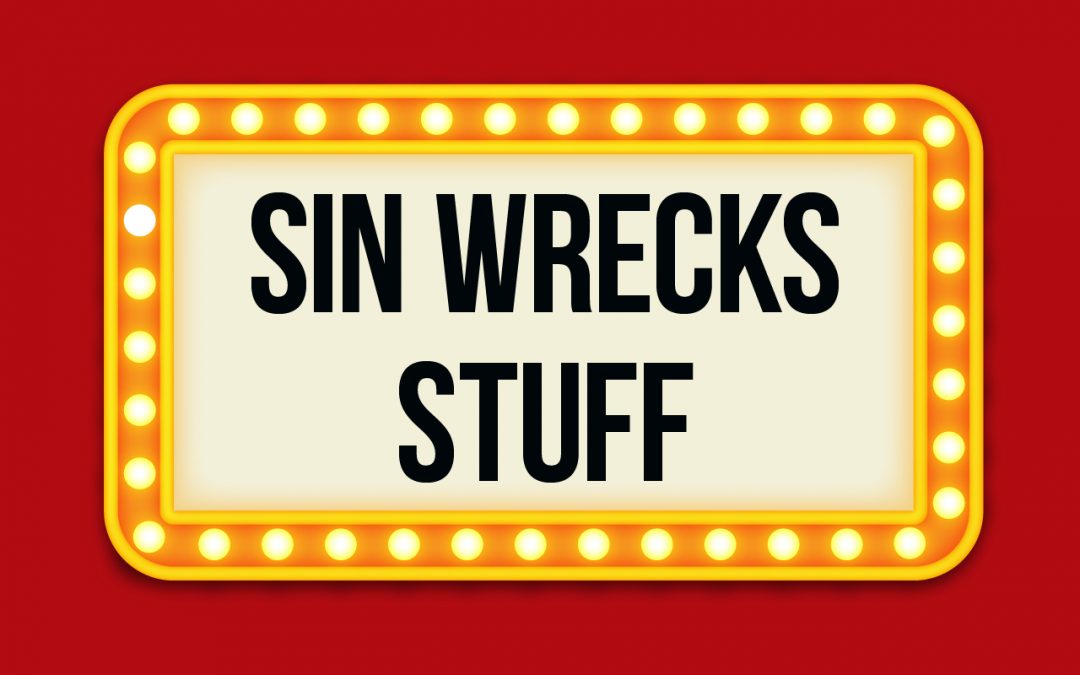 BIG IDEA: The ‘Sin Wrecks Stuff’ lesson is the second in a five part teaching series called ‘Wrecked 2 Restored.’ It likens parts of the story of the Disney movie ‘Wreck It Ralph’ to the gospel. In this session the children will learn how King Candy is like the devil; deceiving the people and wrecking everything for everyone else.

1. ‘Jesus Paid it All’ by God’s Worship Kids

3. ‘Jesus Loves Me’ by Hillsong Kids

1. Toilet Roll Roll. Hand each player a toilet roll with a stick through the middle of it. A friend must hold the ends of the stick whilst the players each unravel their toilet roll. The player that unravels their toilet roll the fastest is the winner. Application: What a mess! Today we are learning about how sin also messes things, because sin wrecks stuff!

2. Messy Twister. Using the board game ‘Twister’ put different sauces (ketchup, barbecue, mint, terryaki) on the Twister mat. Play the game as usual and watch how messy the children get! Tip: have jumpsuits for the children to wear over their clothes and get them to take off their socks and shoes.

3. Bubble Gum Man. Children chew bubblegum in their teams and must then spit out the bubblegum and bring all the pieces together, moulding it to become a man. The best man wins. Application: At the end of the game flattens the man (if you don’t want to touch it use something else to flatten it) Tell the children that just as they had created the man and you wrecked it, so God has created each one of us and he does not want us to be wrecked by our sin.

BIG VERSE: So God created man in his own image, in the image of God he created him; male and female he created them. Genesis 1:27 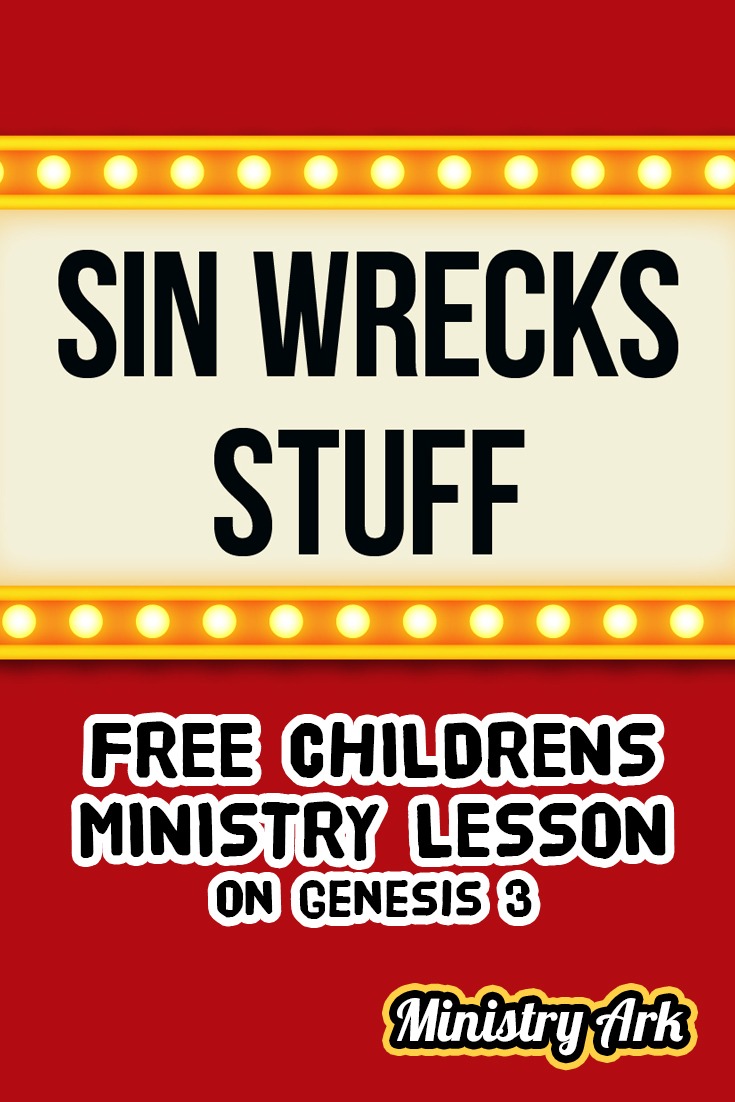 Tell the story of how Adam and Eve (Genesis 3) ate the Forbidden Fruit. You can do this with a big red apple or some other fruit in your hand. If you would prefer to use a video or drama, see the ones we have found below:

1. Adam and Eve: You will need to pay $15 for this video, but it is good quality and gets the message across nicely.

3. The Story of Adam and Eve by Kids on the Move

1. Adam and Eve drama by Dramatix

1) OBJECT LESSON: WE WERE MADE TO REFLECT GOD

You will need the video of King Candy going Turbo and a small mirror.

In the last session we spoke all about the beginning of Venellope’s life. She was created as the very best character and the creator was please with her. She was in charge of everything in Candy Rush.

But this week we are talking about something which changed the Candy Rush World forever….Check this out…(play video of Turbo going Turbo)… Man, that is crazy! So let me explain it for those who haven’t seen the movie. Turbo was once the greatest of all video game heros, but he became very jealous of another character that people liked better than him and he led a revolt to try to take control of their game! Turbo was exiled forever from the gaming World…

The problem was that Turbo entered the World of Candy Rush…

…and he corrupted the programming of the game to make himself the King of Candy Rush and to make Venellope just a glitch/mistake instead of the Hero. Turbo deceived everyone in the game to believe that he was the Hero…and the king they should follow! Venellope was supposed to be the Victorious princess racer…but the scheming of Turbo made her into a malfunctioning and frustrated glitch! Turbo made sure that Venellope lost everything she ever had and made sure that nobody liked her.

But again everything we have covered this week reminds me of a Story in the Bible that is just like the one in Wreck it Ralph….

The Story in the Bible begins in Heaven…

…You see Lucifer, also known as the Devil, wasn’t always who he is now…he was once a respected angel in heaven…people say that he led the praises of God there…but the Bible tells us that he became full of pride/ego because of his beauty and wisdom.. he was corrupted…and began to believe himself to be God (Revelation 12:7-9).

Isaiah 14:13 says that the devil had said in his heart,

“I will ascend to the heavens;
I will raise my throne
above the stars of God;
I will sit enthroned on the mount of assembly,
on the utmost heights of Mount Zaphon.

Just like Turbo in the Wreck-it Ralph story…Satan was banished from heaven with all those who chose to go with him!

You see the story of Adam and Eve is just like the story in Wreck-it Ralph!

The Devil deceived Adam and Eve..he tempted them to disobey God…and he trapped them in his lies! Through it all they lost their control over earth and the animals…and their identity was distorted! Before they had been made in God’s image and they still were…but the image of God in them was distorted! They weren’t a perfect image of God because of their sin.

Let me use this to help you understand…(pick up a mirror)…now a mirror is used to ‘reflect things’…it reflects the images put in front of it. But you know as people…God made us in his image…that means that we are like Mirrors that reflect God’s image. So when people look at us, they see God in us, because they see that we were made in his image! It’s like we are massive mirrors that reflected God and everything he is. That is just like what Adam and Eve were…

You will need to have a huge mirror at the front that you bring out during this section, a bucket of dirt ( best if wet) or some kind of grease, and some cleaner and a cloth for your mirror. As you are talking rub dirt or grease all over it so that the mirror is a mess and does not reflect your image.

BUT…when they sinned (when they thought and did wrong things and disobeyed God)…we said it was like their identity was distorted…that means it was altered or changed. They didn’t reflect God’s character or nature like they were supposed to. It’s a bit like their mirror got dirty..and if you have ever looked into a dirty mirror then you know that its pretty hard to see the correct image…the reflection is often distorted. It wrecks the image and you can’t see yourself properly! Or its like one of those crazy mirrors that makes people look really fat or really thin at a carnival! That is exactly what its like with you and me…we are like mirrors reflecting God’s image through our lives…but because our lives aren’t perfect we don’t reflect God perfectly. And if we don’t deal with our sin it can completely wreck things!

[Make sure that by this point you have wiped the dirt all over your lovely big mirror.]

The great thing is that our story doesn’t end there. There is hope! Jesus wants to forgive us! All we need to do is ask for his forgiveness; admit we have done wrong and stop doing those wrong things. He has the power to forgive each and every one of us of our sin. [Take some cleaner and start to wipe off the dirt from the mirror]. Jesus can make all things new – and that includes me and you! We’ll a learn a little more about that in our next session…

Connection Question: What is your favorite TV show?

1. What do we mean when we say we are like mirrors?

2. Do you think your life reflects God well? (Ask the children to think of some verses in the bible, or have some verses prepared that will help them consider this. Proverbs is an excellent book to refer to for practical guidance.)

4. Do you ever feel deceived or lied to about who you are?

5. What was wrecked as a result of Adam and Eve’s sin? (their relationship with God, their enjoyment of the garden of Eden, their easy and enjoyable life, their innocence) Ask the children to think about what the rest of the bible looked like and how this might have been different… challenge them to think about how sin affects the future.

1. Melt the Crayons. Create fun pictures with ‘wrecked’ crayons by melting the crayons and watching as the color dribbles down the canvas. Simply glue or tape your crayons to the top of the canvas and use a hot hairdryer to melt the crayons. View here.

How does it make you feel to know sin wrecks our reflection of God?

It’s not nice when something that you have created gets wrecked. God doesn’t like it either. He gives the option to return to Him so that we might be made new.

Using the small mirrors from your last session, make them dirty by rubbing mud or grease all over them. Ask the children to pass the mirrors around. Let them consider what God must think and feel when He looks at our sin. Lead them in a prayer, something like this:

Father God, please forgive us for the wrong things that we have done. Those things that wreck our reflection of You. We want to reflect You well in our lives. Help us to live a life that would reflect You in amazing ways so that others can see how Amazing You are! In Jesus’ name we pray, Amen. 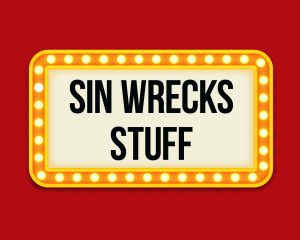