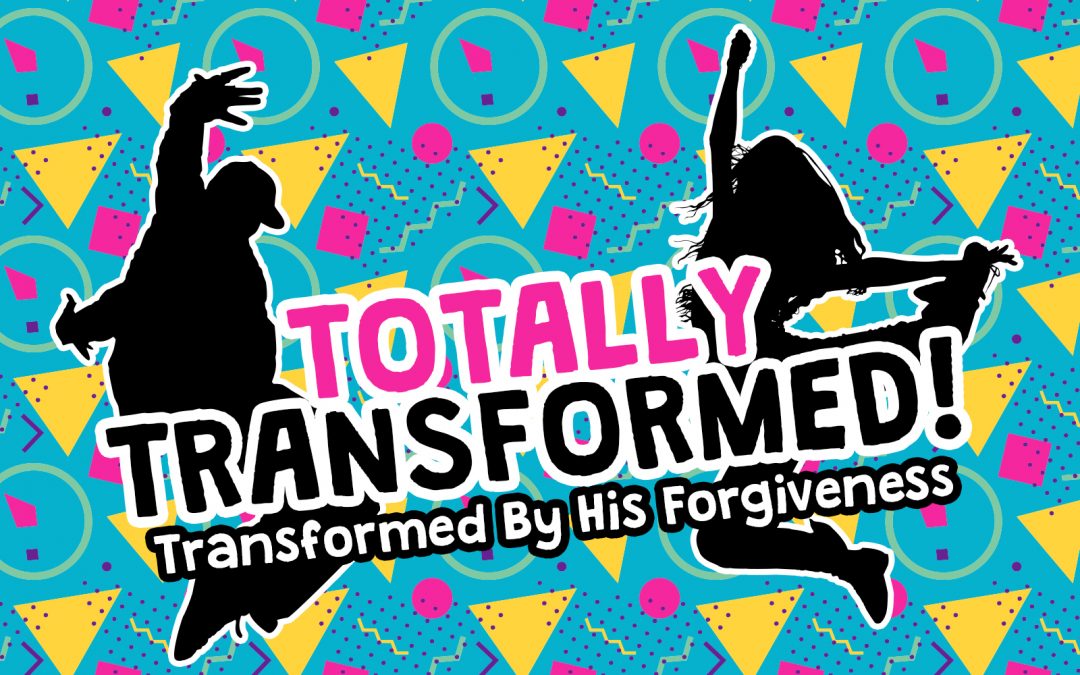 AIM: TO TEACH KIDS THAT GOD TRANSFORMS US BY HIS FORGIVENESS

BIG VERSE: All have sinned and fall short of God’s glory Romans 3:23

1. OBJECT LESSON: WE HAVE ALL DONE WRONG THINGS

(Arrow going off the mark)

(Start by shooting arrows at a target)

Say: I can’t believe I keep missing the target. Typical! You know, the Bible tells us that we have all missed the target in life. Look at what my target says “Perfection.” God’s target was always that we would aim to be like Him. Perfect. That means never doing anything wrong. Have you ever done anything wrong? Me too! I have thought nasty thoughts about someone or spoken about someone in a horrible way, I’ve even sometimes ignored people or not shared my things with them. The Bible says that when we do those types of things we have falled short of his perfect standard. His target of perfection. In fact, there is nobody who has ever constantly hit that target because the Bible says that we have ALL done wrong (sinned); done selfish things and that stops us from being perfect like God is perfect. What’s worse is that God says the punishment for all our wrong things is eternal death and separation from God! This is not good news. What we need is someone that can help us out of this mess!

2. OBJECT LESSON: JESUS HAS AUTHORITY TO FORGIVE US FOR THE WRONG THINGS WE HAVE DONE

(Brave clip – she hits the target every time)

I’m so jealous! Did you see how Merida hit every target perfectly?! Well, the Bible says that only one person has ever hit His target of perfection every time. There is only one person who has never ever done anything wrong! Who do you think that person is?! That’s right! Jesus! We deserved to die for the wrong things we have done but Jesus took the punishment for us when he died on the cross – something he never deserved because he was completely perfect and never did a thing wrong!

Well, we were talking yesterday about authority and what it means to have authority. We said that God – or Jesus has all authority – well because Jesus is God he is the only person that has authority (the right to) forgive all our sins! The Pharisees didn’t like it when he said to the paralysed man that his sins were forgiven, because they knew that only God could forgive sins! But Jesus showed that he was God and that he had the authority to forgive us for all the wrong things we have done!

You will need shoeboxes and rocks or pebbles.

To think of that another way we have some shoeboxes here. They are empty at the moment but they are being filled with rocks. That’s kind of like us, when we do wrong things those wrong things can make us feel guilty or sad. Maybe we realise that we have done something wrong; it could be that we’ve told a lie, stole something, cheated in a test, or disobeyed our parents. We know its wrong and so it makes our heart feel heavy – just like this shoebox is now very heavy! (pass the box round if you can and let them feel how heavy it is) The paralysed man felt like this heavy box.

Everyone had told him it must be because he or his parents had done wrong things that he now couldn’t move because he deserved to be stuck like that! He couldn’t move and he felt trapped and sad about the wrong things he had done. Now we said that Jesus was the only one who could sort out our sin and forgive us because he died for us and he is God! Well, when he did that he told us that he would forgive us. But we still have to ask for that forgiveness. When we ask him to forgive us he takes away all those wrong things from our lives and forgives us – God even says He forgets what we have done! (empty the shoebox). Feel how light it is now! (pass the boxes around) You see, when God forgives us we don’t have to feel bad or sad anymore because those things have been forgotten. Just like the paralysed man was healed and forgiven – he went out leaping and dancing and praising God – he was set free from being stuck in his bed unable to move – we have also been set free to praise God for His forgiveness! 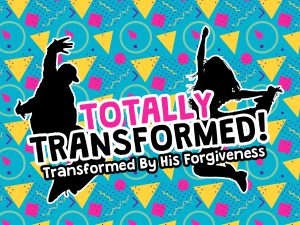 Click here for the ‘Transformed By His Forgiveness’ Powerpoint image