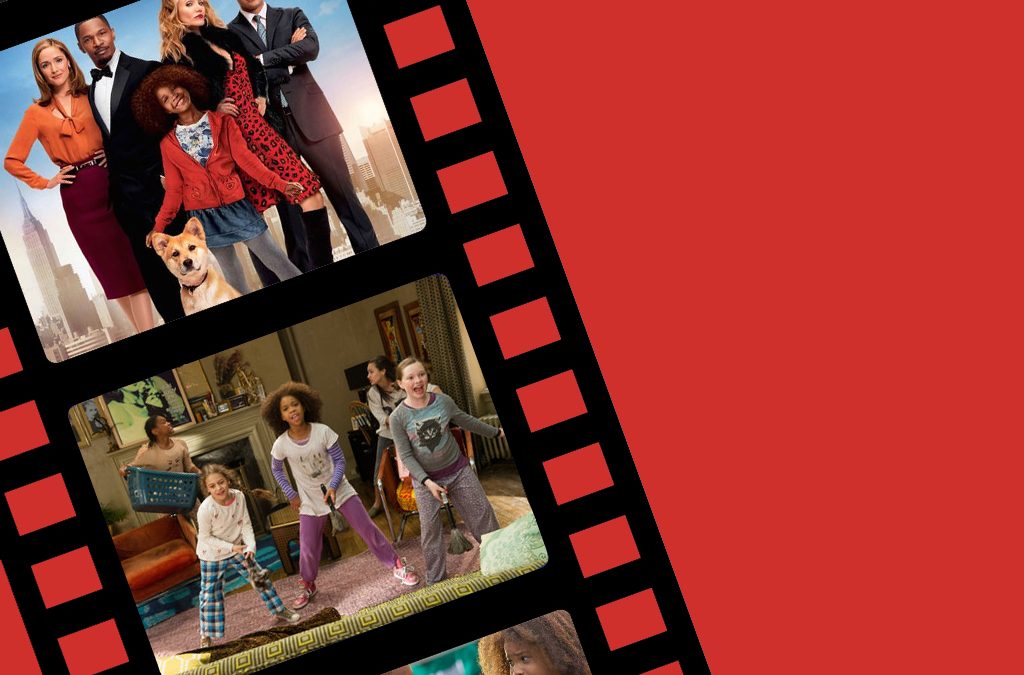 The updated version of Annie can be used to teach children about the trials and storms of life. Use this orphanage scene and the children’s song ‘It’s a Hard Knock Life’ to remind the children that although life can be tough sometimes we can choose to walk it out with God or on our own. The full application can be found below.

The girls in Annie’s orphanage all understood what it was to have a hard knock life. Each of them would have had their own problems and each of them knew what it was like to live without a family; to have no parents. They weren’t treated well by Miss Hannigan either! Jesus told us that we would all go through tough times in this life. He even said some of us might be in more trouble for following him. Yet he promised that he would always be with us; he would never leave us or abandon us. It can be difficult to understand why God lets us go through some of these tough times… especially when we don’t feel we can do it on our own. But that’s because we can’t handle it on our own – we were never supposed to, we have God on our side to help us overcome and get through any trial or problem we may face. We simply have to hold on to Him when everything else is falling around us.

Jesus explained it with his story of the two builders. Both built houses and both faced storms, but only the one that built his house on the rock would be able to survive the storm – the other builders house would completely collapse! Jesus was teaching us that by listening to his words we build our house (our life) on the rock – on Jesus. He is the one that will help us stay strong during the times when the storms of life come against us. (Matthew 7:24-27)

Job‘s life fell apart when the devil was allowed to take his whole family and business away from him. He was even given a horrible skin condition, yet he stayed strong because he stuck with God.

Esther faced her people, the Jews, being completely wiped out, but she stayed strong by fasting and praying before she faced the king.

David was being threatened for years by King Saul who was constantly chasing him down. Yet David never killed Saul when he had the chance because he knew he would be made king in God’s timing. He was faithful to God first.

Jesus faced death by the cross but forever remained faithful to his Father, he never abandoned his mission but followed it through to the end, no matter how much suffering he was to endure.

Joseph was thrown in a pit and sold into slavery, betrayed by his own brothers, yet he never gave up on the vision God had planted in his heart.

Paul went through many different trials including being imprisoned and shipwrecked and beaten, but he never failed in his delivery of the gospel.

Elijah ran away from Jezebel, scared for his life, yet he returned in strength once God had spoken to him and redirected his thoughts and heart.

Daniel was thrown into the lions den for simply being faithful and righteous before God.

Shadrach, Meshach and Abednego found themselves in a fiery furnace, but met a fourth person inside it.

And after you have suffered a little while, the God of all grace, who has called you to his eternal glory in Christ, will himself restore, confirm, strengthen, and establish you. 1 Peter 5:10.

Blessed is the man who remains steadfast under trial, for when he has stood the test he will receive the crown of life, which God has promised to those who love him. James 1:12.

Rejoice in hope, be patient in tribulation, be constant in prayer. Romans 12:12.

I have said these things to you, that in me you may have peace. In the world you will have tribulation. But take heart; I have overcome the world. John 16:33.

Not only so, but we also glory in our sufferings, because we know that suffering produces perseverance; perseverance, character; and character, hope. Romans 5:3.

Count it all joy, my brothers, when you meet trials of various kinds, for you know that the testing of your faith produces steadfastness. And let steadfastness have its full effect, that you may be perfect and complete, lacking in nothing. If any of you lacks wisdom, let him ask God, who gives generously to all without reproach, and it will be given him. But let him ask in faith, with no doubting, for the one who doubts is like a wave of the sea that is driven and tossed by the wind. James 1:2-8.

Even though I walk through the valley of the shadow of death, I will fear no evil, for you are with me; your rod and your staff, they comfort me. Psalm 23:4

For I consider that the sufferings of this present time are not worth comparing with the glory that is to be revealed to us. Romans 8:18.

Beloved, do not be surprised at the fiery trial when it comes upon you to test you, as though something strange were happening to you. 1 Peter 4:12.

1. Who do you admire most for the trials they have overcome?

2. How do you think people get through tough times in their lives?

3. Would you rather go through a tough time alone or with someone else?

4. What benefits do you think there are to having God with you during your trial?

5. How has God helped you through the trials of your life?

6. How might we learn from Jesus when it comes to facing trials?

7. What can we learn through suffering?

8. Why do you think God lets suffering happen?

1. What is the worst thing that has ever happened to you? [use sensitivity here]

2. What did you do when that happened?

3. Did you know that God wants to help you in your worst times? What can you do to let him?