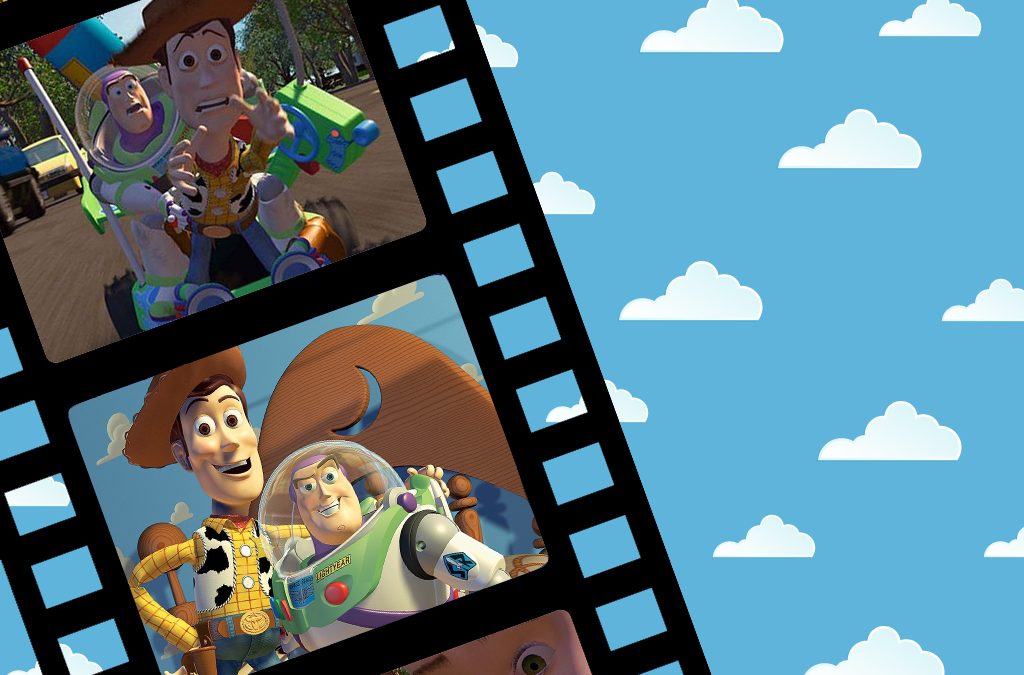 Woody the cowboy has been feeling threatened by the introduction of a new toy to his owner Andy’s collection. Buzz Lightyear has everything; flashing lights, cool wings and the favor of all the other toys. What Buzz doesn’t realize is that he is a toy! He thinks he’s a space ranger. Buzz and Woody end up on a journey together that ends in Andy’s naughty neighbor Sid’s room. When Buzz finally realizes that he is not a toy, both toys begin to understand a little about the other.

Say: Did you see how Woody completely changed his heart towards Buzz? And that meant that Buzz started to see things differently too. Sometimes what we really need is a change of heart. We can become selfish and think only of our needs and wants, God doesn’t want that, He wants us to have a complete change of heart! He wants us to see things through His eyes! How He sees people and what He thinks about them.

1. Have you ever had a change of heart about something?

2. Do you think it is easy to change our heart or our feelings about something? Why/why not?

3. Why do you think God might want to change our hearts?

Say: Buzz and Woody turn out to be amazing friends don’t they?! And this seems to be the turning point – where they start to understand each other. You know, sometimes friendship can be tough. Buzz and Woody found that out the hard way! Good friends learn to stick together through the tough times and learn to try to understand one another. Perhaps you have a friend that you have fallen out with and you don’t know what to do, how about listening to their side of the story and trying to understand them! That takes admitting you are wrong, just like Woody and Buzz both had to do.

1. Who is your best friend?

2. Does your best friend have any privileges? (do you let them do things other people aren’t allowed to do?)

3. What is the best thing you have done with a friend?

4. Why do you think God gives us friends?

5. When was the last time that God taught you something through a friend?

6. What things do you like to do to show your friends that you care about them?

Say: Did you see how Buzz was trying to work out who he was. It was difficult for him to start to understand that he was a toy. He didn’t think much of toys. He wanted to be a space ranger. It is not until Woody shows him how important being a toy really is that he suddenly decided he wanted to be Andy’s toy again. Maybe you have felt the same way. Maybe you haven’t been happy because you don’t really know who you are. Maybe people have called you names and you are wondering if they are true. You know, we can each find out who we are by asking God. He knows everything! He knows exactly who you are!

1. Do you have a nickname or a fun name other people call you?

2. Who do a) your parents or carers b) your friends c) your church say that you are?

3. Who do you think Jesus says you are?

4. What can you do to remember who you are in Jesus?

Say: Of course we all know that Woody and Buzz belong to Andy. Andy is their owner. Did you hear how Woody was so worried that Andy no longer wanted him. He didn’t understand why Andy would want a toy like him. He knew that Andy was an amazing child. I suppose he didn’t understand how much Andy loved him. It’s like that with us too, only we have something better than an owner, we have a Creator! God is our Creator and he loves us so much. Sometimes, like Woody, we can wonder why such an amazing, perfect, loving God would want us. Yet our Father God wanted to know us so much that He sent His one and only Son Jesus to die for us! That’s how much He loves us!

1. What is your favorite toy? How do you look after it?

2. Do you think God looks after us well? Why/why not?

3. What difference does it make to know that God is our Creator? Why does it matter?

4. How does it feel to know you were created by someone who loves you and wants to know you?

5. If God is a creator does that mean He wants us to create? How should we create?

Say: Wow, Woody was pretty honest here wasn’t he?! He suddenly realized how he had been treating Buzz and how he had been feeling. He finally admitted that he was scared that Andy wouldn’t want him anymore. That Andy wouldn’t want to play with anymore. In being completely honest Woody was able to see the good in Buzz. He didn’t feel like he had to cover things up anymore either, he could be set free from pretending that Buzz was the problem. He had realized that he was the one with the problem – he was afraid that Buzz was going to take his place in Andy’s heart.

1. Who is the most honest person you know?

2. Have you ever felt hurt by somebody’s honesty?

3. How can we be honest without hurting other people’s feelings? Is it possible?

4. Do you think it is important to be honest all the time? Why/why not?

5. Has lying ever got you into trouble? How?

6. How do you think being honest might have helped in that situation?

Say: Woody was afraid that Andy was going to love Buzz more than he loved Woody. That’s why Woody had been trying to compete with Buzz. He had been jealous that Buzz was liked by everyone and that Andy had got so excited to play with him.

1. What is the biggest competition you have ever been in?

2. Do you think being in a competition is scary? Why/why not?

3. Do you think God likes it when we are in competition with each other?

5. What are the good things about competition and what are the bad things?

6. Was Jesus ever in competition with anyone? Why/why not?

Say: Up until this moment in the movie Woody has been very proud. Proud means acting puffed up; thinking better of yourself than you really are. Woody had been a very proud toy because he had always been the most loved toy in Andy’s room. And he knew it! Andy loved to play with him. So when Buzz had come into the mix Woody was very upset. He didn’t want Buzz spoiling a good thing! In his pride Woody didn’t want to admit that he was upset. he pretended that Buzz was the problem. It is only at this point that Woody changes. He stops acting so proud and begins admitting the truth about himself. He starts speaking in an opposite way to proud – humility – that doesn’t mean thinking less of himself but it means thinking more about others and thinking of yourself as of the same importance!

1. Do you know anyone who is extremely humble?

2. Do you think it is easy to be a humble person?

3. Why and how do you think Jesus was humble?

4. How can we stop being proud and instead be humble like Jesus?

5. How can being humble help others?

To buy the movie and use it for this movie discussion see the image below: