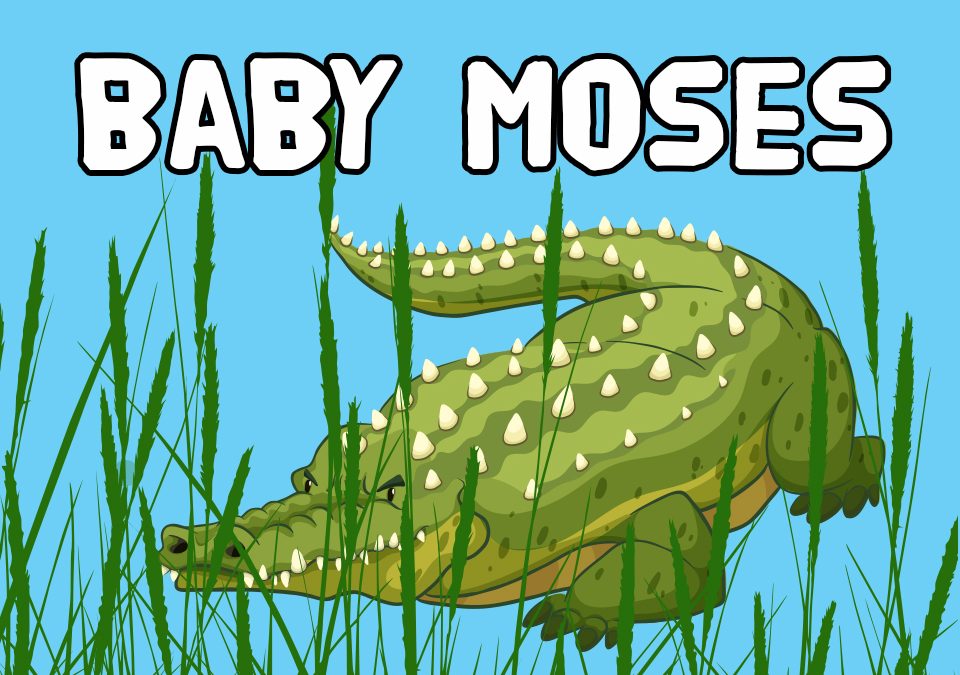 This ‘Baby Moses’ Bible Story Poem is from the ‘Gruesome and Gory Bible Stories’ selection of poems. We hope it engages children that love a little goriness!

Have you ever heard of anyone so absurd
As the king that tried to kill all the babies,
Of thousands of terrified Hebrew ladies?

Jochabed was a mom. She wasn’t quite so dumb!
She took a big basket and floated her son,
It must’ve been hard, it can’t have been fun.

Crocodiles live in the Nile. You’ll know they are terribly vile!
They’d probably find babies delicious to munch.
But Moses, that baby, they never did crunch.

In God the mum did trust, the Father who’s not unjust.
He planned to use Moses to save everyone,
He knows what He’s doing He gets the job done.

Mom’s rescue she hadn’t delayed. Moses; his part not yet played.
Until he was spotted by one of a kind,
Daughter of the king, “baby!” she did find.

Stepping near to the Nile with one big smile,
She grabbed him and cuddled this cute little boy,
Feeling only compassion and God given joy.

“I’ll need a good maid, and she’ll be well paid”
And out of the reeds Moses’ sister had sprung.
“My mum’s great at looking after the young!”

So that’s what they did. Moses only a kid.
His life he was raised by his own Hebrew mum,
But an Egyptian Prince he had just become!

Moses was saved. His path God had paved.
He’d lead and he’d rescue a nation in need,
The king would eventually stop and concede.