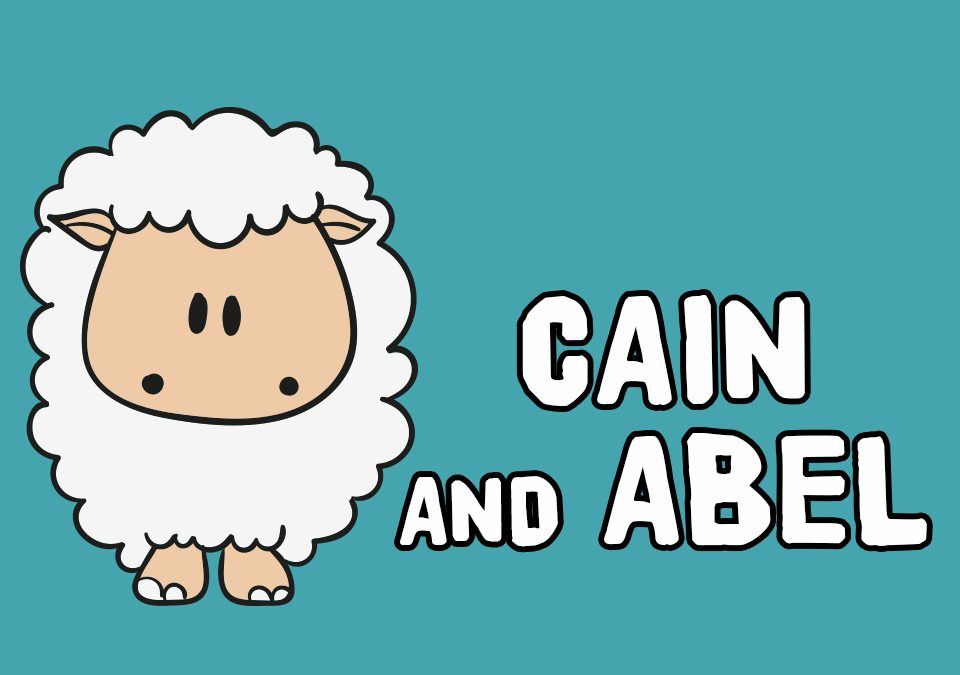 This poem is part of the ‘Gruesome and Gory Bible Story’ selection of poems aimed at children aged 8-11 years old. If they love gruesome and gory tales we hope they love this poem.

Cain and Abel’s not a fable

Not dreamed up ‘round kitchen table

It is a very real fact

That Cain took Abel to a field

And Abel he did never yield,

Until of course Cain did attack

And killed poor Abel with one whack!

But why this tragedy arose

God; He gave them just one task

A gift to keep, he once did ask.

Cain thought and chose to grow his crop

A farmer, trained to never stop.

But was this crop the best he had?

To now present to his Good Dad?

Abel chose to raise a sheep,

For some time then he’d have to keep,

’Til it was ready to be killed

Abel was quite less than thrilled.

This was a sacrifice its true;

But what was Abel left to do?

God was his treasure and his all

To give him less, would just appall.

He gave the little lamb to God

I wonder if he felt quite odd?

Into the hands of One so great

God is the One we do revere

Yet lovingly He draws us near.

Instead of talking to the Lord

Cain was shocked, bemused and floored.

Cain had got angry really fast.

God said, “Well, if you do what’s right,

you’ll be accepted without a fight.”

God warned him, “sin is at your door.

It wants to have you, don’t give it more.

Rule over it,” God then said.

But Cain had a plan inside his head.

That’s when he grabbed and killed and hit

His brother, didn’t expect one bit.

“I’m not his babysitter you know!”

Then Abel’s blood called from below.

“What have you done?” God said with grief.

“Your brother’s blood calls from the ground!”

Cain had been acting mighty proud.

“You’ll have to work and sweat and toil

This ground will now make your blood boil.”

Cain was left to wander and to walk,

Face-to-face with God would he ever talk?

His life he lived in no man’s land

God gave him a mark, it was like a brand.

This mark would protect him from a terrible fate

His enemies this would always frustrate.

So what should we think of this curious rhyme?

Sit down, make a brew, if you’ve got the time.

Whatever God asks you to give in your life

Remember to give it with passion and rife.

Don’t hold anything back from the One who made you

And your life you’ll be blessed with the things you’ll accrue.

Don’t leave Him the left overs, the least, the worst.

But note that whether you’re good or you’re bad

God will always be your real Good Dad.