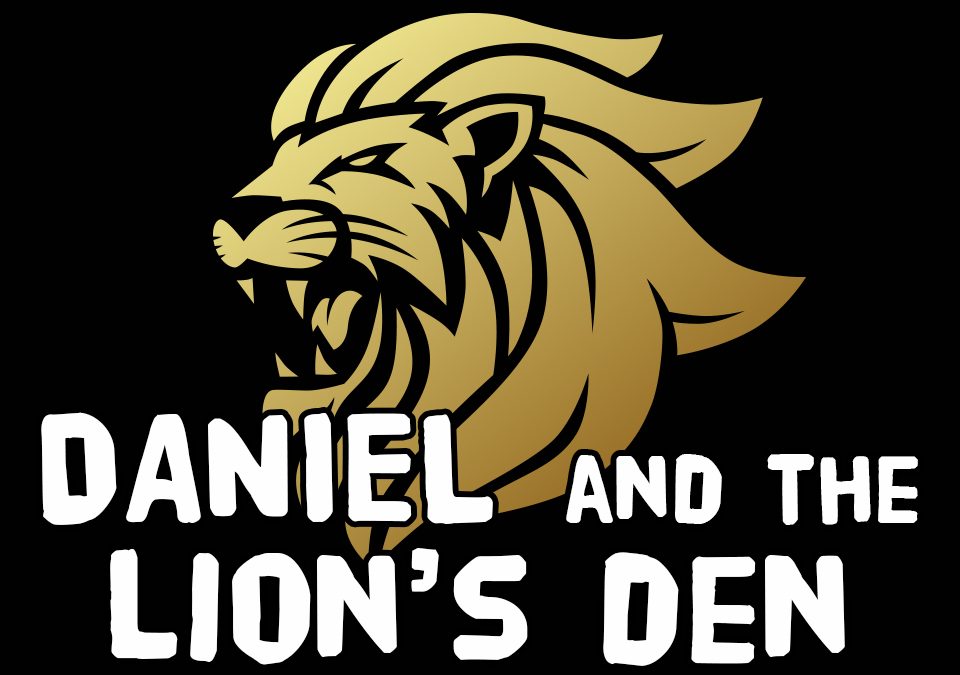 The ‘Daniel and the Lions Den’ Bible Story Poem is part of the ‘Gruesome and Gory Bible Story’ collection of poems. we hope it engages your 7-11 year olds!

Know this story? Think again!
It’s Daniel in the Lions Den.
One twenty men King Darius used,
Until Daniel, they all accused.
It goes like this, they knew he prayed,
So a cunning plan, they thought and laid.
Hunched in a huddle they did all agree
to convince the King to make a decree.

“Let’s tell the King to ban all prayer,
To God, to Queen, to king or bear.
Only to Darius should they vow,
That will make the King say wow!”
Now by his window, three times a day,
Daniel would sit and think and pray.
They knew he would, they bet on it,
But Daniel didn’t care a bit!

They grabbed Daniel, they threw him in,
The lions den; a human bin.
It was where lions gobbled up,
Adult, youth, or crazy pup.
“That serves him right!” they shouted loud.
They didn’t realise, they were all so proud.
That God had heard, Dan’s little prayer,
He saw him in the lions lair.

He sent an angel to shut their teeth,
They couldn’t eat, Daniel beneath.
Now in the morning Darius ran,
To check on him; his good mate Dan.
Was he alive or was he lunch?
The king thought fast, he had a hunch.
He opened up the den to see,
Daniel as peaceful as can be.

Now this is where this little story,
Starts to get a lot more gory.
Daniel came out, the men went in,
They had no hope, their deadly sin,
Had got them trapped, now dead they be,
The lions crushed their bones, you see.
As if that wasn’t quite enough,
Their families tasted just as tough.

What can we learn from all this mess?
Do you now, want to take a guess?
It’s serious stuff, our actions matter,
Even our thoughts and useless chatter.
So don’t forget to say your prayers,
and you’ll catch The Enemy unawares.
Like a lion he waits for someone to gobble.
With God on your side you won’t need to wobble.

But one more thing that you should know,
There is now grace; through Jesus though.
He took our sin, he set us free,
He was as perfect as can be.
We’ll not be punished for our sin,
There’ll be no more need for a human bin,
If we turn to Jesus now today,
He is the truth, the life, the way.