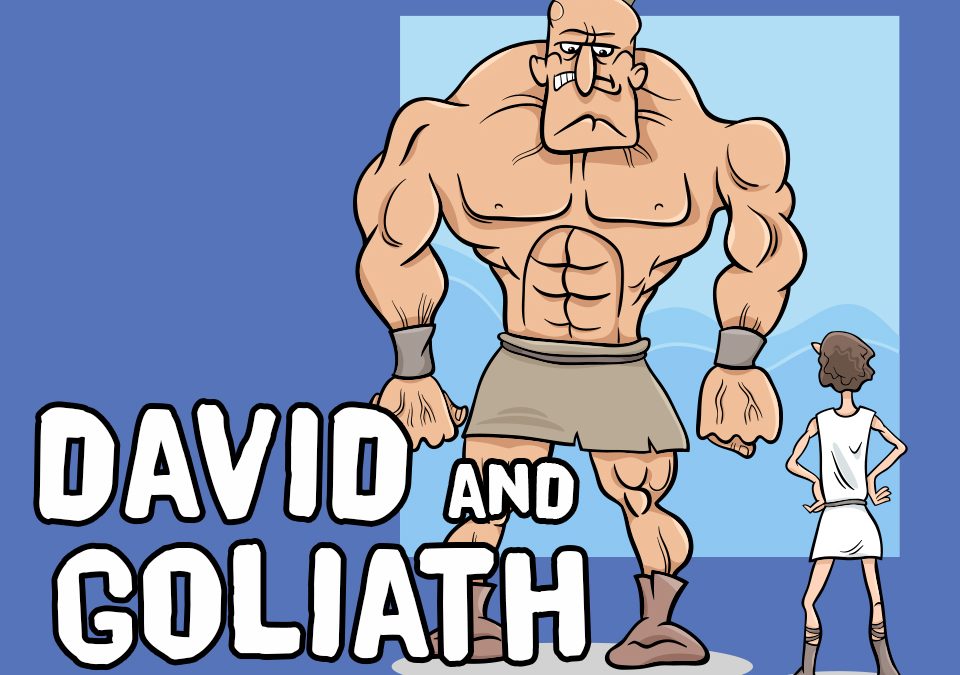 This poem was written as a ‘Gruesome and Gory Bible Story Poem’ for children aged 7-11 years old.

Goliath was smelly, and quite a bit hairy.

He wanted a battle. He wanted men dead.

Just one man to fight him, the word had now spread.

But all of God’s people were scrawny and scared,

“Don’t send me to battle, I’ve not come prepared.”

He looked after sheep. Fought lions and won.

Your God cannot save you, your army is done.”

David laughingly thought “oh this will be fun!

Doesn’t he know, there’s not one that can beat,

The great Living God, no none can compete!”

David was fast. David was quick.

He chose five stones, a sling and a stick.

“Do you think I’m a dog? With that stick and your flair,”

“I’ll feed you to beasts and the birds in the air!”

Goliath got closer. He carried a sword.

David was faithful, he served the Lord.

Now into his pocket, a stone he did pick.

And into his sling, then with one big flick.

There was a massive gasp and a great big thud,

Oh this was going to be good!

Taking the sword, then with one big swoop,

Goliath’s head was off. The crowd gave a whoop!

Oh what are the odds that a boy like he,

Could face a great giant with faith and such glee?

He saw God on His side. He’s the hugest of all.

With God on your side, all your giants will fall.