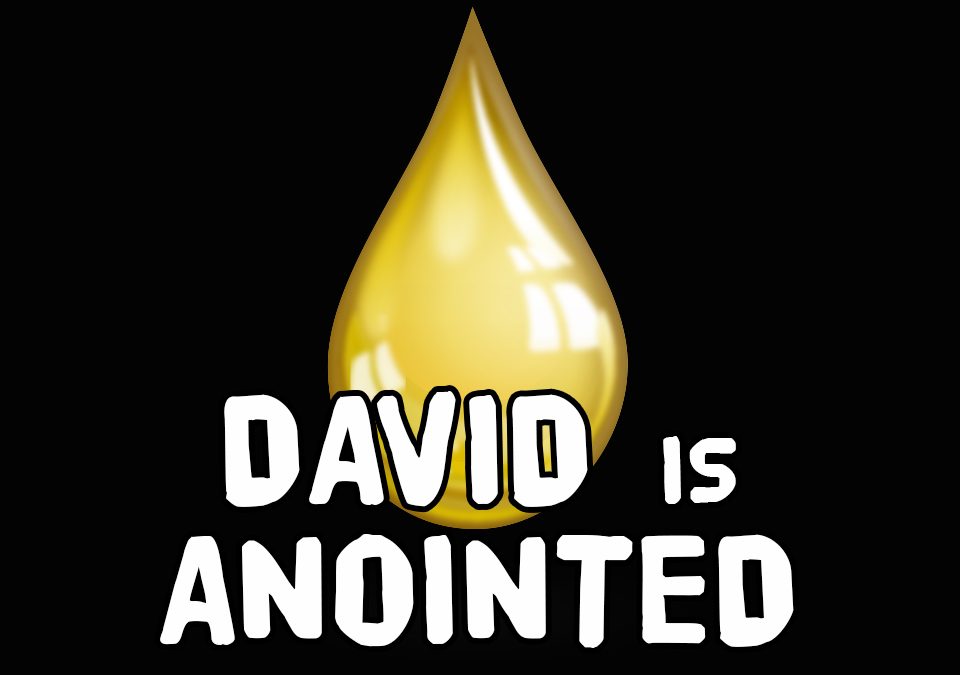 The ‘David is Anointed’ Bible Story Poem is a funny take on the anointing of David. This poem is part of the ‘Gruesome and Gory Bible Story’ collection of poems. We hope your 7-11 year olds love this poem!

Long ago there was a tradition
That anointing a king was a big mission.
They’d find the person fit to be king
And pour oil on his head, oh the poor thing!
Now, let’s be honest, if you were the one
Chosen to be king, would you be gone?
Knowing that once you did say yes
They’d pour oil on your head, oh what a mess!
Dripping over your face and throat
And then it would trickle all over your coat.
Samuel the prophet, he soon came
To see Jesse’s sons so he took each name
And walking down the line of men
He asked the Lord again and again.
“Is this the king you’ve chosen Lord?”
And looking at the horrendous hoard
He realised though they all looked good
God had said “no” and so He should!
God said, “although you’re pretty smart
You stare at their looks and not at their heart.
But the heart is what I see,” He warned.
And so none of them would be adorned
With any messy, slimy oil
And so their faces wouldn’t spoil.
Then asking Jesse at the top of his lungs
He said, “Have you any other sons?”
“Only one that’s just a boy!”
Jesse replied acting all coy.
“But he’s out watching over the sheep!”
Those sheep David would protect and keep
By killing the lion that tried to devour
His little sheep in half an hour.
So sending for young David then
David came right back and when
Samuel saw this scrawny kid
God did confirm, oh yes he did!
By saying, “anoint him, he’s the one!”
And that is how it all was done
So when this young boy, he was chose
I bet he wished he owned a hose!
And so young David was anointed
And as the king he’d soon be appointed.
Now imagine if young David said “stop!”
“I’m not being king, now take a hop!
If you want me as your king you will
Stop pouring oil on me still!”
That would be great, now wouldn’t it?
And poor Samuel would have had a fit!
So why did David not declare
That pouring oil onto his hair
Would be a really yucky thing
And something not fit for a king?
Because the oil it signified
That the new king had been realized.
The oil was saved for only those
That God had decided and had chose
It was a holy separate thing
Only fit for a priest or royal king
It was a great and splendid honor
And any that robbed it would be a goner.
You see, there’s no point messing with God
He’s the King of kings and part of a squad –
Holy Spirit, Father and Son
But He’s not three gods, no, only one.
So David knew that although more messy
Than blowing trumpets or shooting confetti
This oil would mark him as the new king
And for sure, there was no greater thing.