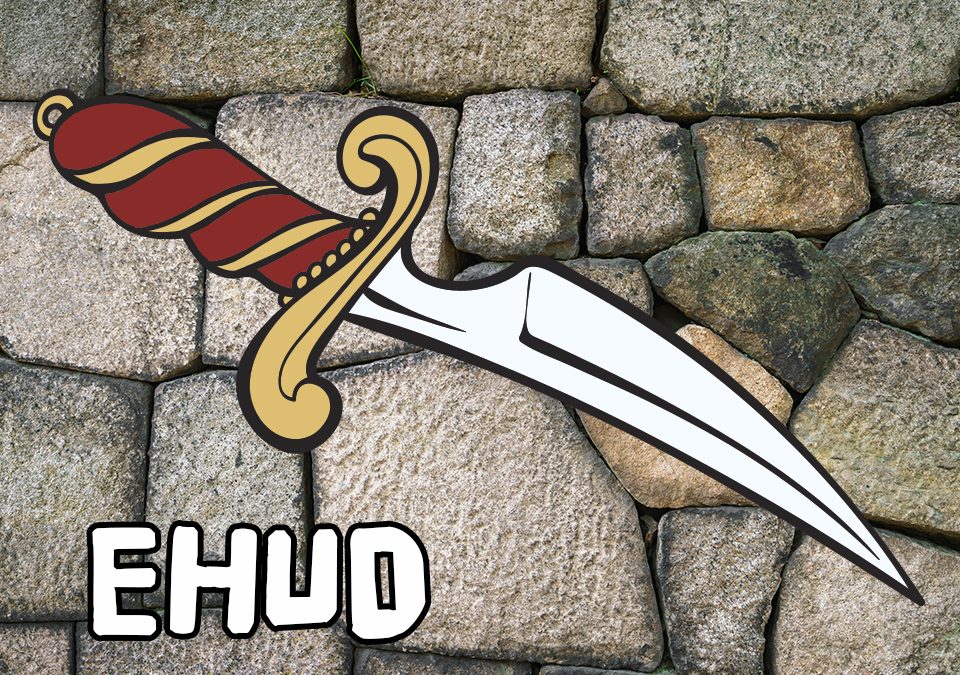 The ‘Ehud’ Bible Story Poem is from the ‘Gruesome and Gory Bible Story’ collection of poems. It is aimed at children aged 7-11 who love a little bit of goriness in their lives.

King Eglon of Moab was incredibly fat,
But most of all evil, did you know all that?
The people all cried for a rescuer “Help!”
God was listening, and He heard their yelp.
He had a rescuer ready, his name was Ehud,
Ehud was left handed; a bit of a dud!
Left hands were well known to be weaker you see,
That’s why it’s always God’s right hand we do plea
To swoop in and to save those lost and those scared,
He’s never afraid, He’s always prepared.
Ehud made a sword, tied to his right leg,
It was hidden behind clothes, bet it looked like a peg!
Of course no one checked the right leg for a sword,
It was a perfect place, no one expected to hoard,
A sword on that leg; they were all right handed men!
Let’s listen to how God used this left hand then when
Ehud went to Eglon to visit his palace,
You’ve probably guessed it, he went with some malice.
He went to pay Eglon some money,
He went with a plan that was rather funny!
He paid him the money and sent away his guys,
It was just Eglon and Ehud, there weren’t any spies.
“Eglon I have a message from God for you too,”
Then I’m afraid it gets messy and includes a lot of poo!
He thrust his sword into Eglon’s belly,
Like Santa it hit him, like a bowl full of jelly!
Right into his fat and lost in it too,
He couldn’t get it back, it had gone through and through!
He went out of the room and closed all the doors
Remember the next bit, before you start any wars.
Eglon’s servants waited patiently you see,
They thought their king had gone for a wee!
It must be a poo they thought when it got late,
They opened the door, Eglon had passed his sell by date.
Ehud escaped, the people all cheered!
I’m sure they wondered why they’d all feared.
God wins every battle it’s plain to see,
God wins the battle for you and for me.
He uses the people no one would ever expect,
He uses the things we see as a defect.
Use everything for God, use all that you’ve got,
It matters to people, it matters a lot.