‘In the Beginning’ Bible Story Poem 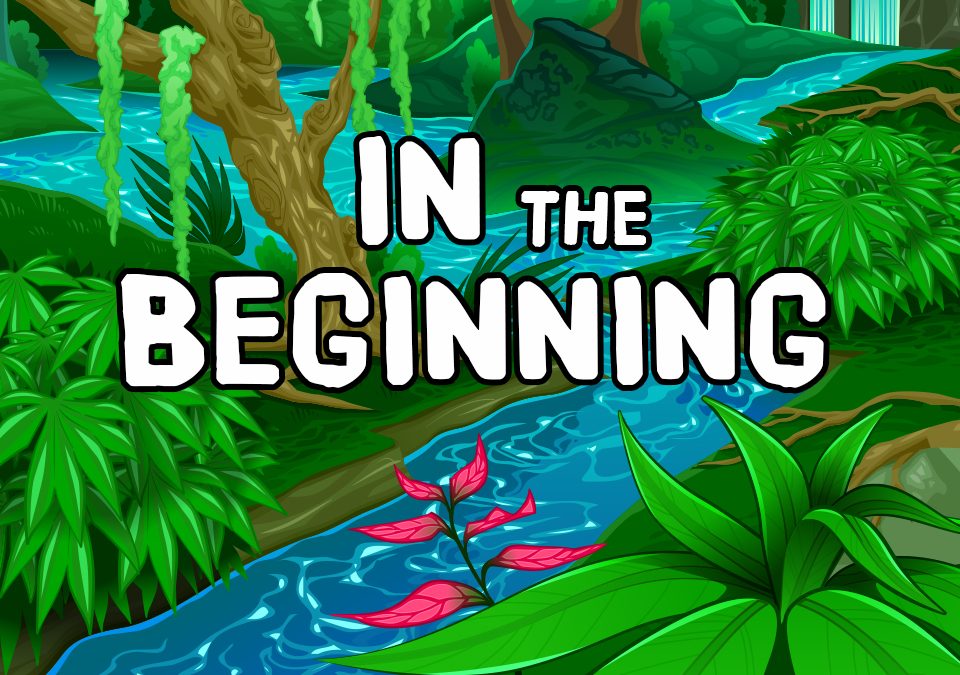 This poem is one of the poems from the collection called ‘Gruesome and Gory Bible Stories’. We hope your children aged 5-11 love it!

Do you know how it all began?

It was all part of God’s big plan.

In the beginning there was no light,

It was all dark, like the dead of night.

Then Ping! Whoosh! zap and Bang!

I wonder if these noises rang

for seven days as God would make

the earth as if a piece of cake!

God called out quick “Let there be light!”

This light was good and split day from night.

That was day one, oh what a day!

Day two it came without delay.

It happened just as it’s been writ.

And in the middle He created sky,

God called it ‘sky’ that is no lie.

God thought it good, all He had made.

Then day three came as night did fade.

God said “Let the water go in one place

God called the dry ground “land” and then

He named the water “sea” and again

He called out “Let the land create

Plants and fruit that are first-rate.”

So if your mum makes you eat your greens

Just remember where they first all came

For rising from the solid ground

Came trees and plants up from the mound.

God saw that what He’d made was good.

Day Four He split the day from night.

He made some stars to bring starlight.

He made two giant brighter lights;

One for each day, one for the nights.

God saw again what He had done.

He thought it good, and oh what fun!

with lots of creatures, in every stream

And every lake, sea, ocean, river”

He said “And let the birds fly high”

So many birds flew in the sky

But no-one there to stop and gawk.

Now if you’ve ever had a bird poop

Don’t look at God for someone to blame

He made those birds with a jolly good aim!

Then turning night back into day

animals that will all be let loose”

God thought it good but still He had

one last thing to make Him glad

For talking to a giraffe or bat

Is a bit one sided and a little flat

And though God doesn’t need you or me

He extended His love and He did it for free

He made mankind in His own image

And that is where His work did finish.

The people they would rule it all!

Animals and plants, big or small.

But didn’t the lion eat the lamb?

And what about dinosaurs? Are they a sham?

The animals lived in harmony

Friends with each other and the people, you see.

Now the dinosaurs, I don’t know for sure –

so maybe that’s something you can explore.

For adventure quenchers are something we need

that’s why the Bible’s so exciting to read!

All that He made it had no flaw.

Once again night turned to day;

Then God rested through the day

He called it holy, no work to display

So let’s remember God made us

And He created us because

He wanted to spread His love around

So in His love, we can be drowned.

And you can know that you are His

Made to be like Him, that’s right; it is.

So if you ever wonder why

You have a big nose or a squinty eye

God made each person to reflect Him and shine

Uniquely loved He says “you’re mine!”