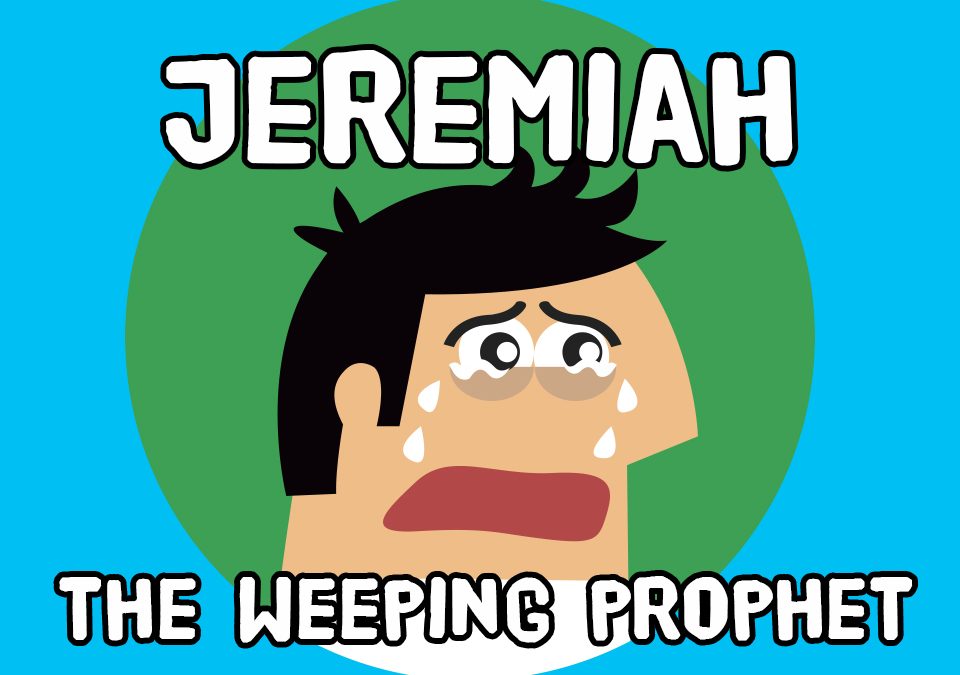 Jeremiah must have looked pale.

Everyone must have heard his cries!

They hoped that his cries he would tweak.

So sick of hearing about their sin,

They wanted to gag him to stop the din.

But Jeremiah just yelled out more

And so no more could they ignore.

They flung him in a prison cell

Then thrust him down a dingy well.

The people hated him, it’s no lie.

Worshipping false gods was their pleasure,

So the people gave them their every treasure.

Yet God had called out one kid’s name.

‘Jeremiah!’ He did exclaim.

“I knew you first before you were born

And I planned that you would the people warn”.

He hadn’t wanted to speak to the men.

“Don’t be afraid” God had said when

He told Jeremiah “I’ll go with you”.

So Jeremiah spoke of God’s love

Telling the people of the One above.

“Turn to God before it’s too late!”

or your enemies will come to seal your fate!

Don’t you remember that years ago

Israel left God and were conquered, you know!”

He tried and tried to change their mind.

But all of Judah were mad and unkind.

Even the king had ignored his tears,

So in the well and cell Jeremiah faced his fears.

While in these dark and retched places

God was speaking in hidden spaces.

Into the heart of that mad king,

Secretly the king asked Jeremiah something:

(That’s the biggest question for all of us too!)

“and you will live and you won’t have died”.

Soon their kingdom was invaded,

By Babylonians who came and raided

And pulled down walls and homes of stones

And burnt everything in Judah’s zones.

Judah was taken, the king was gone.

It was all clear now, it wasn’t a con.

God had called that godly lad

To warn the people, when they were mad!

“So why did all this happen?” You ask.

It’s clear that Jeremiah had only one task.

Just to obey and simply say,

Whatever God told Him to, every day.

So when God gives you something to do

Don’t be afraid to go through with it too.

You might be surprised at what you will find

If you follow God, not just your own mind.