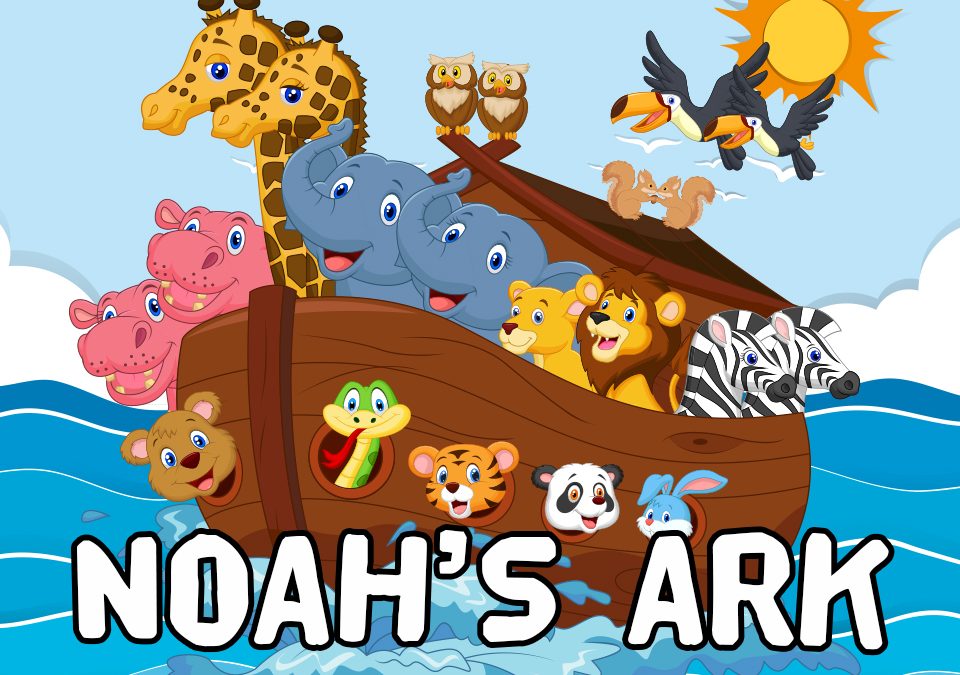 This poem is written for children aged 5-11 years old. It is aimed at making children laugh and having some fun with the story. Please read it to yourself before reading it with your children so that you know what to expect!

How noisy was it on the ark with pigs that oink and dogs that bark?

Was there dung spread everywhere?

Was the smell really foul?

Was there a giraffe and an owl?

Did lions snatch the tiger’s food?

Did monkeys play and act all rude?

Did Noah ever feel sick?

Did Noah’s face, any zebras lick?

I wonder if the animals fought

The Bible never did report.

Do you think we’ll ever know, what really happened long ago?

An ark with animals it would be filled.

He spent about one hundred years

to build the ark through sweat and tears.

Questions the ark will always spark.

The people had all evil turned,

This had The Father quite concerned,

their evil He had finally spurned.

So now He thought it to be good,

The flood came up, the people wailed,

To turn to God, to turn to life.

But Noah, his kids, and of course his wife,

Were safe from all evil men had caused.

On the ark I’m sure they stopped and paused.

For forty days they floated right,

with all the animals packed quite tight.

The family must have had a lark!

I wonder if the ark was dark.

Did creepie crawlies jump on the ark?

Was there a skunk and an aardvark?

Were raccoons on it and kangaroos too?

Did Noah feel like he owned the first zoo?

Did the hyenas cackles get everyone riled?

Did the hippos parp with really loud farts?

Were pandas and penguins placed in the same parts?

Was the ark soaking wet with wee and with poo?

Those pets must have caused such a hullabaloo!

The raven, Noah first sent out,

but looking, found nothing about.

So then he went and sent the dove,

dry land there was none to speak of.

Seven days he waited next,

I wonder if he started to vex?

Then sending out the dove again,

I wonder if his faith did wane?

The dove came back with branch in hand,

When landing on dry land you know,

God placed outside a big rainbow!

Mixing with the sun and rain,

how it happened all those many years ago.

What we do know is that God protects,

He leads us, guides us and directs.

He’ll take us to a better space,

a wide and spacious, growing place.

If we will listen, trust, obey,

He’d never have it another way.

He wants the best for us and others;

for our sisters, fathers, brothers, mothers.

So what are we now left to do?

But to protect one another just like God does too.