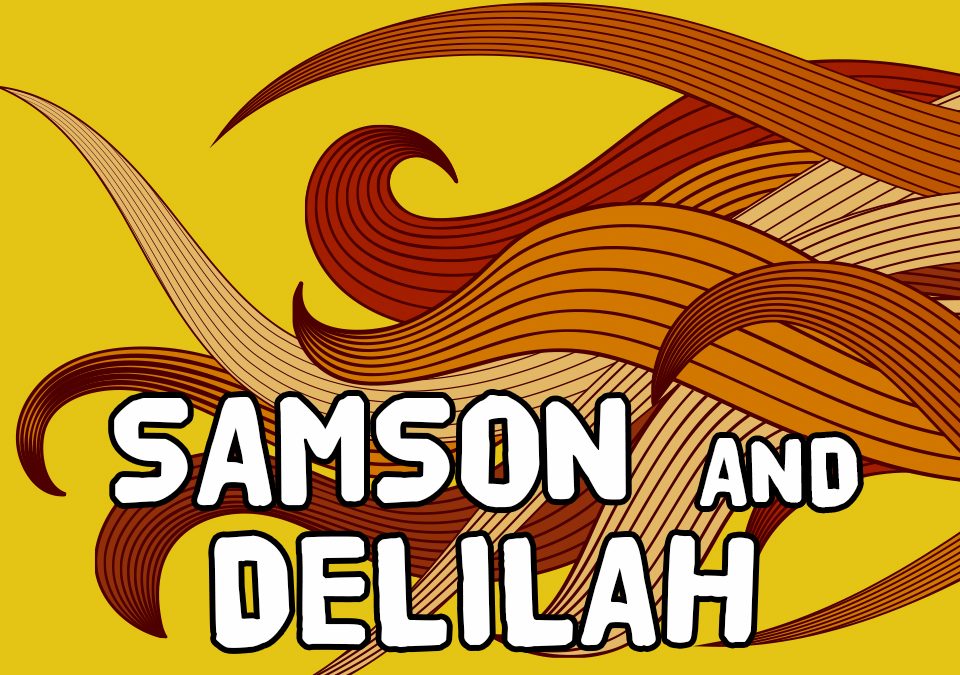 The ‘Samson and Delilah’ Bible Story Poem is taken from the ‘Gruesome and Gory Bible Story’ selection of poems. It is aimed at children aged 7-11 and especially those children who love the goriness of scripture.

Hair hair everywhere!
Was it dark or was it fair?
Samson’s hair was his delight;
Gave him strength to win each fight.

But Samson’s weak spot was his girls
He’d show them all his muscles and curls.
Eventually Delilah he found –
A Philistine enemy and proud!

“Oh Samson tell me how are you strong?”
“I cannot tell you that would be wrong!”
She begged and whined and wailed and moaned,
’Til Samson sighed, gave up and then groaned.

“Tie me with bowstrings that haven’t been dried,”
Delilah was happy but Samson, he’d lied.
She tied Samson up, while sleeping he woke,
The philistines came in, the bowstrings they broke.

Delilah she cried, gave a blub and a bawl,
“Oh Samson you don’t really love me at all!”
“Tie me with new ropes that haven’t been used”
He told her then off to his bed he then snoozed.

“Samson oh Samson the Philistines are here!”
He ripped the new ropes they did split and did shear,
“Oh Samson you’ve lied you despicable lump!”
That’s when old Delilah took a bit of a hump.

She nagged and she fussed and she pestered him then,
Samson wished he’d been killed by a rock or knifemen,
“I’ve never been sent to the barber or shaved,
My hair is my power, with none I’m enslaved”

“That’s it!” And as soon as poor Samson did sleep,
She lobbed it all off, boy this hair cut was cheap!
“They’re coming!” She shouted all filled with deceit,
This strong man the philistines now did defeat.

They gauged out his eyes and they put him to work,
I’m afraid they all acted a little berserk!
Without his hair on his head oh Samson was bare,
It honestly couldn’t be quite so unfair.

Taken out to perform by the pillars one day,
“Put my hands on those pillars or I’ll rock and I’ll Sway,”
The servant he did what the blind man had asked,
Then Samson he did what He knew God had tasked.

“Lord give me my strength and with these I will die”
He pulled on the pillars they were almost sky high.
They fell on the Philistines and with that they were gone,
Samson may be a fool but with one pull he’d won.

Samson he dealt with the evil he saw,
The Philistines were always breaking God’s law.

So what can we take from this curious tale?
Whenever we fall or we trip or we fail,
Remember that God gives you courage to change,
He’ll take your mistakes and His strength He’ll exchange.