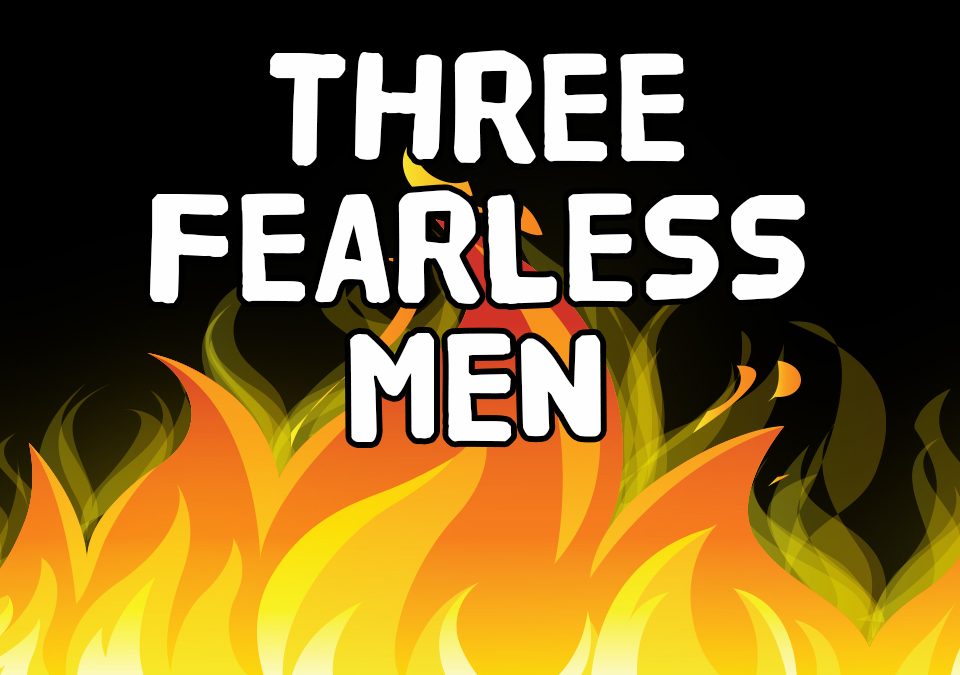 This poem is from the ‘Gruesome and Gory Bible Story’ collection of poems for 7-11 year olds.

He wanted to make sure all his subjects were loyal.

He thought to himself, “I know just what I’ll do.

The statue it stretched around ninety feet tall,

it made the biggest of men feel a little bit small.

The king he called all his most exceptional men,

to come to his unveiling of the statue right then.

The people all stood right in front of the gold,

from different nations, some young and some old.

The messenger cleared his throat now to say

something that was going to spoil their day.

A noise would go out from the horns and the pipes –

A great way to control all the moans and the gripes!

The officials and judges would all have to bow,

this grievous act was far worse than a vow.

“If you don’t bow down,” the messenger then said,

“you’ll be thrown in a furnace and you will be dead.”

Of course, they all bowed for they feared for their lives.

For some, it was the thought of leaving their wives.

Now can you imagine how they must have looked,

throwing themselves down as if they were hooked?!

Worshipping idols that were just made of gold –

it must have been incredibly strange to behold!

But three fearless men didn’t think of the threat

and they didn’t break out in a spot of a sweat.

They just stood as all the officials then bowed.

They were humble about it, they weren’t at all proud.

did not fall to the ground, not then or again.

They cried out, “My Lord have you seen what we see?

More than one man who could now be your detainee!

Those Jews they don’t fear and don’t treat you with awe.

don’t worship your idols or get down on their faces!”

Then King Nebuchadnezzar, (his face was bright red)

He called the three men to see what they’d say.

What excuse would they give? They better now pay!

“Is it true?” The king snapped just like a mad man.

If it was, he had planned to shorten their lifespan.

“Let’s try it again and see now how you perform!”

The King never knew that this would be the norm.

“Oh king, we’ll not bow to your big piece of junk!

If you try to now make us, you’re going to flunk!

Our God will deliver us from your fiery furnace.

We don’t have to worry that the fire will burn us.

If God doesn’t save us from your scary fire,

we know that the end of our lives won’t be dire.

We won’t ever worship a false or fake god.

We won’t even give them a wink or a nod!”

Then Nebuchadnezzar with his anger all flared,

decided that their lives would not be spared.

Seven times hotter the furnace was made hot.

He would kill them and he would enjoy it a lot!

The furnace melted the men that threw them all in,

from their head to their toes, their shins to their chin.

But Shadrach and Meshach and Abednego,

the fire, it never touched one of them so.

Those were the names of the three fearless men

who were chucked in a fire but what happened then

was a momentous occasion of an epic scale –

even better than escaping a flood or a whale!

Inside that furnace the men walked and talked.

I wonder if they felt like they were being stalked?

He realized that, the wrong god he had backed!

“Now didn’t we throw only three men in there?”

The king started to squint, to peek and to glare.

“There’s four men inside, one like a son of the gods!

Now unbound and walking, what were the odds?!”

The men hadn’t been touched by a flame or a spark.

While inside that furnace they were having a lark!

come out of the furnace, ‘cos I have said so!”

They came out of the fire, the mob were aghast.

Their hair wasn’t singed, their robes were not scorched,

they didn’t smell one bit like they had been torched.

King Nebuchadnezzar he changed on that day.

“Praise God the Most High!” he would start to say.

“He sent down an angel for three fearless men.

No more will I mock them or try to kill them again.

But if anyone talks down about God the Most High

they’ll be cut into pieces and into rubble to pass by.

For no god I have seen could ever save in this way,”

the three fearless men were promoted that day.

If you ever face an infamous dictator like this,

be aware that your life he may want to dismiss.

But know that if you have God by your side,

you can face anything when with God you abide.

Jesus will be with you through the fires of life.

Though those fires they may be especially rife.

Just trust that no matter what ever you face,

He’ll always be with you in every single place.