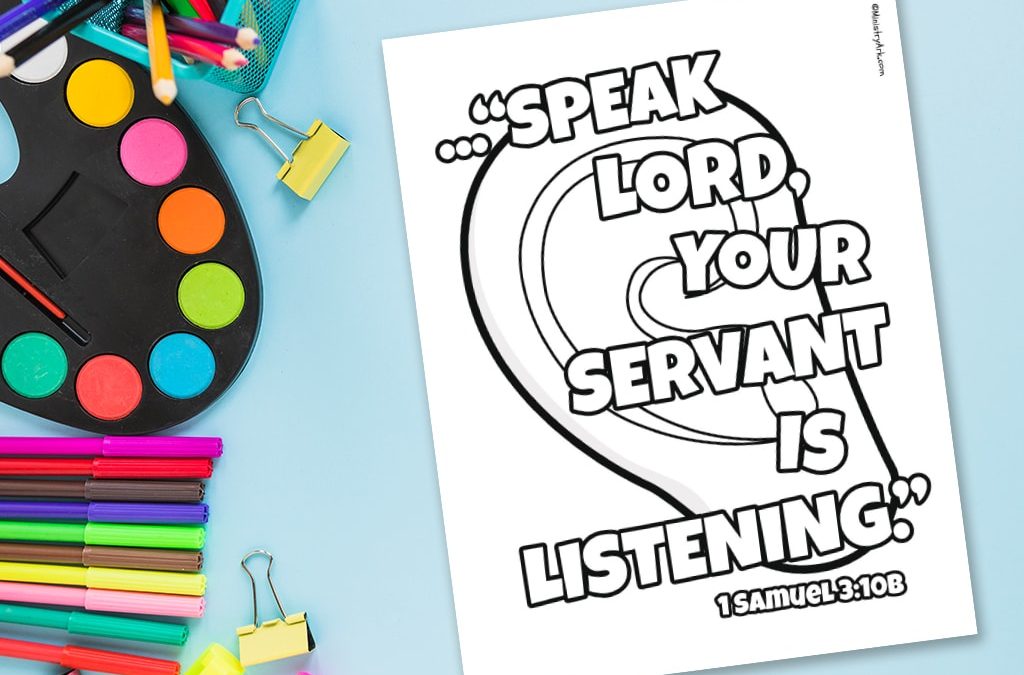 The ‘Speak, Lord’ printable can be used to complement any lesson that may be teaching children how to hear from God ow what it is like when God speaks. The verse 1 Samuel 3:10b can be found in the passage where Samuel hears God for the first time, when he is only a boy.

The story can be found in the International Children’s Bible: 1 Samuel 3

The boy Samuel served the Lord under Eli. In those days the Lord did not speak directly to people very often. There were very few visions.

Eli’s eyes were so weak he was almost blind. One night he was lying in bed. Samuel was also in bed in the Lord’s Holy Tent. The Ark of the Covenant was in the Holy Tent. God’s lamp was still burning.

Then the Lord called Samuel. Samuel answered, “I am here!” He ran to Eli and said, “I am here. You called me.”

Samuel again went to Eli and said, “I am here. You called me.”

Samuel did not yet know the Lord. The Lord had not spoken directly to him yet.

The Lord called Samuel for the third time. Samuel got up and went to Eli. He said, “I am here. You called me.”

Then Eli realized the Lord was calling the boy. So he told Samuel, “Go to bed. If he calls you again, say, ‘Speak, Lord. I am your servant, and I am listening.’” So Samuel went and lay down in bed.

The Lord came and stood there. He called as he had before. He said, “Samuel, Samuel!”

Samuel said, “Speak, Lord. I am your servant, and I am listening.”

The Lord said to Samuel, “See, I am going to do something in Israel. It will shock those who hear about it. At that time I will do to Eli and his family everything I promised. I will not stop until I have finished. I told Eli I would punish his family forever. I will do it because Eli knew his sons were evil. They spoke against me, but he did not control them. So here is what I promised Eli’s family: ‘Your guilt will never be removed by sacrifice or offering.’”

Samuel lay down until morning. Then he opened the doors of the Tent of the Lord. He was afraid to tell Eli about the vision. But Eli said to him, “Samuel, my son!”

Samuel answered, “I am here.”

Eli asked, “What did the Lord say to you? Don’t hide it from me. May God punish you terribly if you hide from me anything he said to you.” So Samuel told Eli everything. He did not hide anything from him. Then Eli said, “He is the Lord. Let him do what he thinks is best.”

The Lord was with Samuel as he grew up. He did not let any of Samuel’s messages fail to come true. Then all Israel, from Dan to Beersheba, knew Samuel was a prophet of the Lord. And the Lord continued to show himself to Samuel at Shiloh. He also showed himself to Samuel through his word. 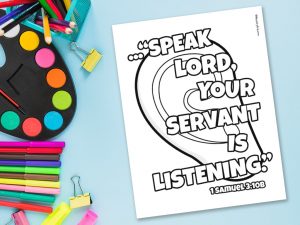