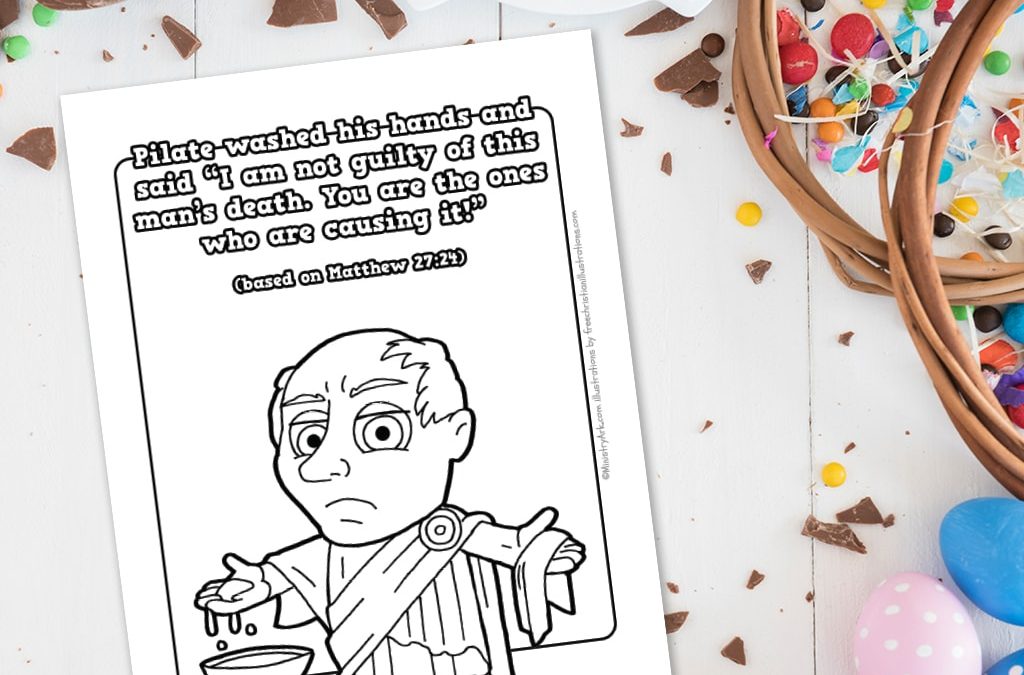 The ‘Pilate Washed’ Printable is a simple design using an image designed by FreeChristianIllustrations.com.

You can read about the interactions with Pilate and the crowd in Matthew 27:11-26.

Jesus was on the brink of freedom and the edge of death. The crowd would decide. Yet Pilate, with all his authority, decides to wash his hands of the whole event. He seems to want no part in this awful event. Or that’s how it would seem.

Pilate had the opportunity to release one prisoner; Barabbas or Jesus. This was the custom of the festival. Matthew tells us that Pilate ‘knew it was out of self-interest that they (the Jewish leaders) had handed Jesus over to him’ (v18). Pilate’s own wife tried to tell Pilate that Jesus was an innocent man. She had had a dream about Jesus that had caused her much suffering (v19).

As the crowd chants for Jesus to be crucified Pilate washes his hands stating “I am innocent of this man’s blood. It is your responsibility!” (v24). Yet history will forever record Pontius Pilate as the one that sentenced Jesus to death. 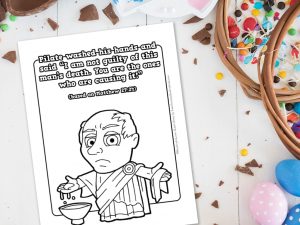