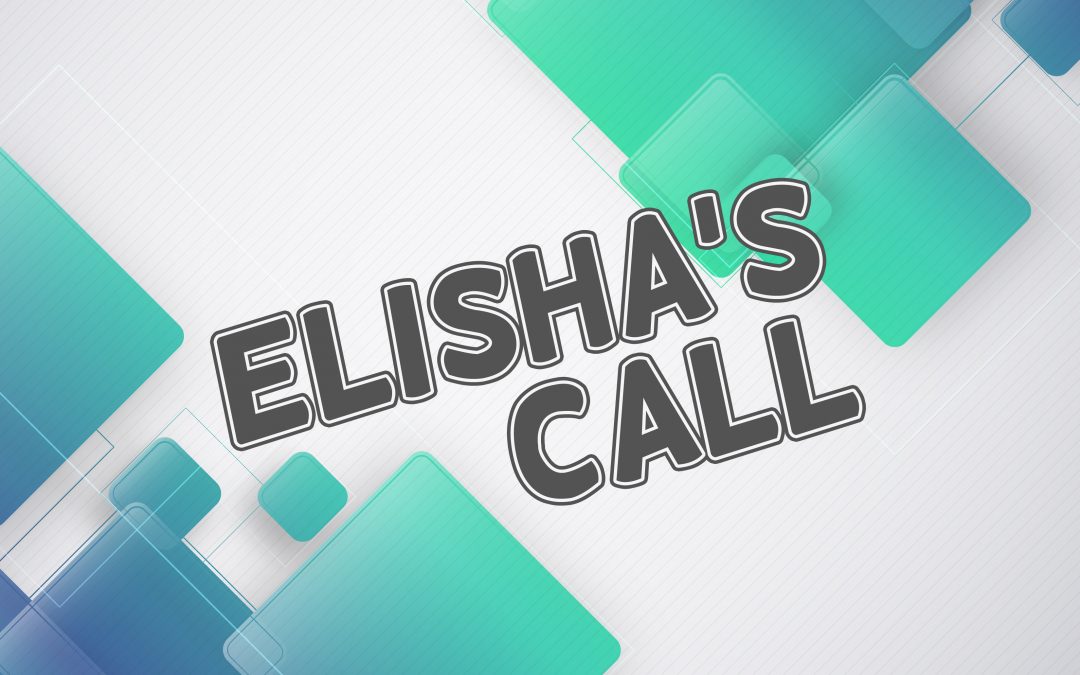 ‘Christ is Enough’ (I Have Decided) by Hillsong

1. Captain’s Calling game. Children must listen to the instructions that the leader shouts and must do the action that correlates to the phrase. “Climb the Riggings” (children act out climbing) “Scrub the deck!” Children get on their knees and start scrubbing. “Captain’s coming!” Children all salute the leader. “Captain’s girlfriend” Children all say “twit twooo!” “Grubs up!” and the children all get into a single file line in front of the leader. Children must run to the left side of the room when the word “Port” is called and right when they hear the leader shout “starboard!” The last player to do any of the actions is eliminated from the game.

BIG VERSE: For God’s gifts and His call are irrevocable. Romans 11:29.

1) OBJECT LESSON: GOD IS CALLING YOU.

You will need accessibility to this video on Elijah and Elisha.

God told Elijah to go and tell Elisha to follow him; he was going to be the next messenger of God. This was a very important role and one that Elisha would have to learn from Elijah… it wasn’t going to be easy. When Elijah went to Elisha, Elisha was ploughing with 24 oxen – that’s a lot of cattle. He must have been quite rich yet he was working in the field! That means he must have been hardworking, not lazy!

When Elijah goes to Elisha, Elisha doesn’t just follow him but he burns everything! All the equipment he was working with and the oxen. He feeds all the people with the oxen that he has killed, says goodbye to his parents and follows Elijah.

Just like God called Elisha Jesus is also calling you. Just as he called the disciples all those years ago too! God knows who you are; He created you and knows you by name! Wow! How amazing that Jesus cares about you and calls you too! He wants you to follow Him. He wants you to hear His voice and obey His commands. Will you react like Elisha? Will you give your life to follow him?

You will need to draw pictures of each of the bible characters below, or print off some coloring sheets of each of the people. Then place them on the walls around your room. You will also need some music playing.

Players must run to the picture they think is the person God called when given a clue. Play music whilst they decide. Depending on number of children, when they guess wrong they can be out of the game.

1) This motley crew to travel with him spreading the good news. (the disciples)

2) This little man stuck up a tree. (Zacchaeus)

5) This man to speak to the Ninevites (Jonah)

9) This disciple to walk out onto the water (Peter)

11) These people to carry their cross (the disciples – also us!)

As you discuss the answers ask the children to explain the story of why these people were called. Discuss how God knew who they were and gave them a special job to do.

Why did Elisha take up the call?

Everyone sits in a circle. Ask the children the question:

Imagine giving up and burning everything you owned to follow someone. Why did you do it?

Give the children a few minutes to quickly draw a picture or write a word that describes their reasons. Then discuss. Remind the children that we don’t know why he followed Elisha (exactly), but that we know the general reasons why he might have.

You will need a set of dominoes.

God calls us not just for us… but for those that will follow us… Elisha had a special job to do that would help a lot of people. God calls us so that we will also help those that are following us or are influenced by us. Who are you following and who follows you?! Ask God to show you who is following you. Ask him to help you to follow Him.

Cut out footsteps and stick them to the floor. Get children to write prayers on the footsteps of how they want to follow Jesus and lead others in the right direction.